AS A child, he was the face of no fewer than three U2 album covers but, as an adult, Peter Rowen has found himself at odds with the Irish band.

The 44-year-old award-winning photographer and cover star of albums like "War" is set to clash with the Irish music heavyweights in the upcoming May 25 referendum.

U2 have come out in support of the Yes campaign, taking to social media to endorse plans to repeal the Eighth Amendment of the Constitution of the Republic of Ireland.

The change would give women access to full reproductive health services, including abortion.

However, the move has left the band at odds with Rowen, who told The Irish Sun he was "horrified" and "sad" to see U2 "promoting something that's so obviously wrong."

"The Eighth Amendment is the only legal protection that the unborn currently have under the Irish Constitution. Removing it (which is what's being proposed) will literally pave the way for abortion on demand.

"We're being told it's a human rights issue. Since when did humans have the right to end the life of another? As Christians, we're called to be lights in a world that's growing ever darker." 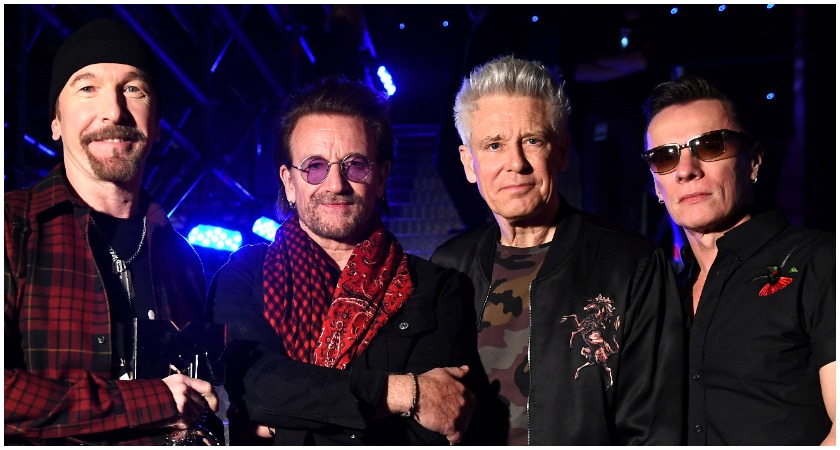 Rowen featured on the cover of "War", "Boy" and U2's 1988 singles collection. He also grew up just around the corner from Bono in Dublin.

His photographs have featured in the New York Times, while he's worked with the likes of Sky, Channel 4 and U2 in the past.

The band has yet to respond to Rowen's criticism. They are currently on tour in the US.

U2's stance echoes that of many major names from the world of fashion and entertainment with Cecil Beach actress Saoirse Ronan among those to recently come out in support of the Yes campaign.

Designer Richard Malone has also waded into the debate, writing an open letter calling on people to support a "yes" vote to remove anti-abortion laws.