IRELAND IS heading towards the worst recession since the 1930's, Minister for Finance Paschal Donohoe has warned.

The Minister was speaking at a press briefing yesterday, Tuesday 21 April, where he said the coronavirus crisis was leading the country into a severe recession which would likely see the economy shrink by 10.5%, with a record one in five people out of work.

Chief Economist John McCarthy, also speaking at the event, said Ireland and the world was facing the "deepest recession since the Great Depression".

The Irish Government had been expecting to retain a budget surplus of over €2 billion this year, but are now predicting a deficit of €23 billion-- but could reach 30 billion if restrictions are kept in place until the end of the year,

Speaking yesterday as he set out the Government's Stability Programme Update (SPU), Finance Minister Paschal Donohoe said “In the space of 12 weeks our jobs market has gone from almost full employment to a scale of unprecedented unemployment that has risen with a speed and scale that is unprecedented".

The Department of Finance is predicting a 22% unemployment rate, "the highest level on record" including the 2008 crash, but there are hopes the rate would drop to below 10% next year as the country recovers from the crisis. 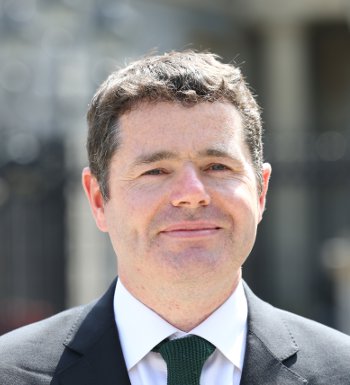 These predictions are, he stressed, "a scenario rather than a forecast" due to the ever-changing crisis, and is working off the assumption that the current coronavirus measures will remain in place for 12 weeks before being eased.

Minister Donohoe also said that the Department does not expect the economy to recover to where it was pre-coronavirus until 2022.

He is, however, "absolutely confident" that the Irish economy can recover.

"While the economic deterioration has been unprecedented in terms of speed and scale, so ha the response from Government," he said.

"This has been possible because of the prudent policies implemented in recent years.

"There is no doubt that, along with the rest of the world, Ireland is on a difficult road. However, we face into this journey from a position of strength.

"We can and we will rebuild our economy, continue to provide for society, get our people back to work and keep them safe while doing so."