ACCORDING to new figures, Ireland has a lot less female farmers than other European countries.

In most countries within the European Union, women account for around 35% of the agricultural workforce however in Ireland the figure was just 11.6%.

Figures from the 2016 Labour Force Survey (LFS) show that the proportion of women working in agriculture across the EU was much smaller than their share of the total working population in that year. (35.1% against 45.9%). 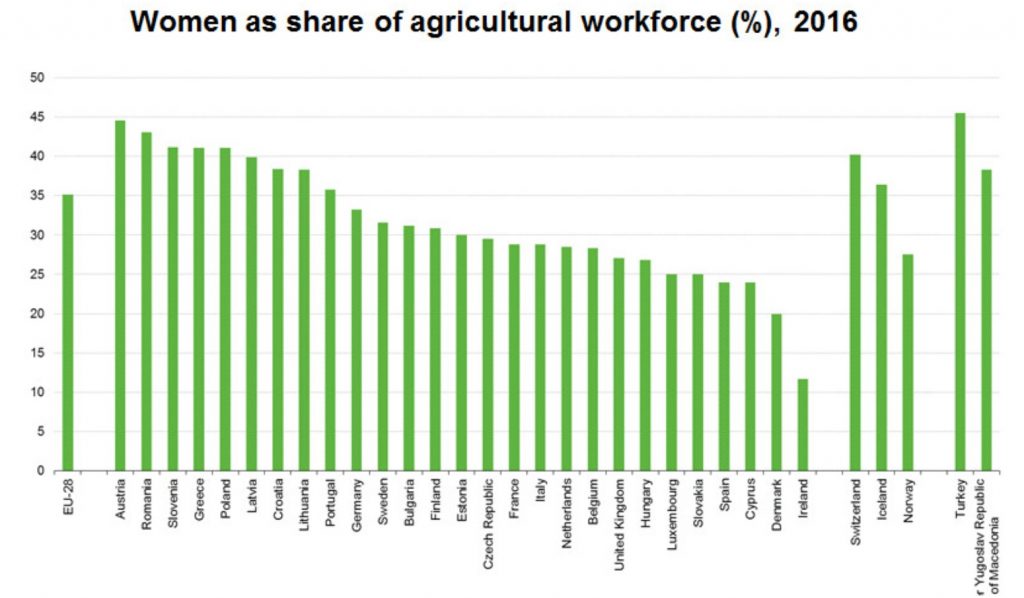 With regard to Ireland, the results revealed a significant gender imbalance within agriculture in the country with more than 90% of farm holders being men.

Women accounted for more than 40% of the agricultural workforce in only five countries within the EU.

Those countries were Austria with 44.5%, Romania with 43.1%, Poland, Greece and Slovenia with 41.1% in each of the three countries.

By contrast, the lowest proportions of women farmers were reported in Denmark (19.9 %) and Ireland (11.6%).

The data indicates that farms with a sole female farm holder registered on the Department of Agriculture's client database accounted for 13% of farms; 10% of eligible land; and 8% of payments.

Just 3.8% of farms are registered in joint female/male names.

According to recent research women have higher education at school and university and this is manifested now in the employment rate of women under 35 being higher than for men.