Ireland officially in recession as economy contracts by over 6%

IRELAND IS officially in a recession.

The Irish economy has experienced its largest quarterly GDP drop on record, having shrunk by 6.1% between April and June.

The decline in economic activity far surpassed that of the crash of 2008, where a 4.7% drop was recorded in the fourth quarter of the year.

The coronavirus crisis, which led to the closure of most businesses and forced people to remain in their homes for spring and early summer, led to an economic decline for two consecutive quarters, leading the country to officially be in recession.

However, Ireland has not seen a GDP decline as severe as some other advanced economies, which Finance Minister Paschal Donohoe says is due to the "resilience" of Irish exports.

“Overall the numbers are broadly as expected based on dataflow on the second quarter released over the course of the summer," Minister Donohoe explained.

"They very much highlight the dual economic impact of the pandemic with net exports positively contributing to GDP in year-on-year terms on the back of robust growth in pharma exports, while the domestic economy suffered a severe hit.

"Despite the severity of the national lockdown, a large portion of manufacturers continued to trade and this is reflected in our export numbers. However many of our jobs-rich domestic sectors were temporarily closed giving rise to the large contraction in domestic demand seen today." 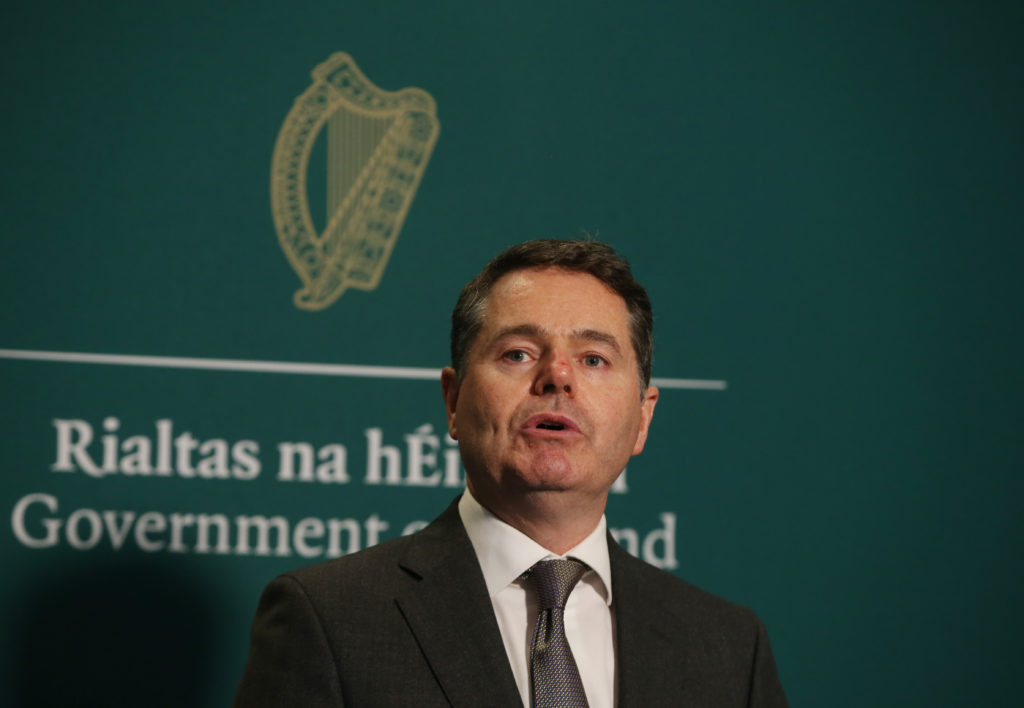 Minister for Finance Paschal Donohoe said the economy is already showing signs of recovery as the country opens back up (Photo: Sam Boal/Rollingnews.ie)

Minister Donohoe went on to assure the public that the economy has already begun to recover, with retail sales in July already 5% higher than pre-pandemic levels as people returned to the shops.

“The policy response to the Covid-19 crisis has been swift and forceful," he continued.

"The Government has acted to cushion, in as much as possible, the contraction in private sector demand. Measures to support the economy have looked to protect household incomes and to help firms to re-open and to bridge-the-gap for those still affected by restrictions.

"This policy response is possible as a result of the careful management of the economy and the public finances in recent years which means that we entered this period of uncertainty from a position of strength.

"The Government’s plan for further protecting our citizens' health and that of the economy will be set out in the coming weeks, firstly in the form of a comprehensive plan on living with Covid, quickly followed by the Budget and an economic recovery plan.”

Irish economy expected to recover ‘quite strongly’ after Covid-19