IT TAKES a bit of pluck and courage to make a sporting statement like the one below by proud Ireland fan Georgina Ivors.

She was dubbed the bravest Ireland football fan in Britain earlier this month when passerby Sean Curtin snapped a picture of her lone Tricolour flying proudly among dozens of England flags outside her home in West London.

"Putting up the flag was something I was determined to do to show my support for the country that I am and will always be proud of," she told The Irish Post after we launched a search to find the Irish supporter.

"I may not be living in Ireland but Ireland will always be living in me. We have the best supporters in the world.

"Now it's time for the neighbours to hear me shout." she joked after Ireland's brilliant 1-0 win against Italy last night.

"There is a God," the 40-year-old said. "My prayers were answered. I think my mother was lighting those candles. They deserved to win."

Born in Clonmel, Co. Tipperary, the Irish woman was brought up in Ballingarry - the neighbouring village of Republic of Ireland striker Shane Long.

"I left my lovely country 20 years ago and have been living in Shepherds' Bush ever since. I've been enjoying all the games so far. Win or loose I will always support my country." 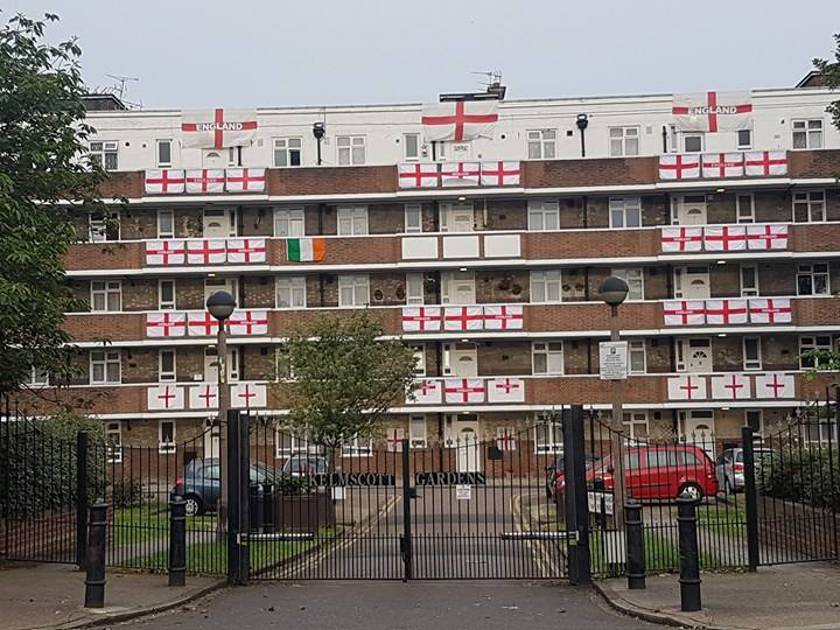 The Tipperary native, who lives at Kelmscott Gardens, says there's plenty of friendly rivalry in her apartment block from her Spanish, French, Italian and English neighbours.

"Everyone in the building was quite happy for me to put up my flag and no body has ever asked me to take it down," she said.

An avid sports fans she is a supporter of her father's favourite team Manchester United, supports local side Queens Park Rangers and never misses a GAA game.

"I can't forget our Gaelic games, we had a great win recently against Limerick," she said.

Revealed: The top 10 things people in Ireland Googled in 2016