Ireland's Gentleman Highwayman: Seven facts about the Irish outlaw of London hanged for his courteous crimes

JAMES MACLAINE was born in Co. Monaghan in 1724.

He was the second of two  sons of a Scottish Presbyterian minister.

MacLaine, along with his partner-in-crime William Plunkett, were famed for their courteous robberies.

But MacLaine was eventually imprisoned for his wrong-doings and hanged on October 3, 1750.

Here are seven facts about the man who became known as the Gentleman Highwayman:

1. He turned to crime after falling on hard times in Dublin

After his minister father died, MacLaine squandered his inheritance money in Dublin on fine clothes, gambling and prostitutes.

Out of pocket, he moved to London and married the daughter of an innkeeper.

Things were going well until his wife died three years later and MacLaine ruined himself for a second time pursuing a new wealthy wife.

Having met a bankrupt apothecary owner by the name of William Plunkett, the two turned to a life of crime to fund their hedonistic lifestyles.

2. He robbed some famous faces in his time

MacLaine and Plunkett were responsible for 20 highway robberies in the six months after they took to a life of crime.

Many of their robberies occurred in London’s now world-famous Hyde Park, which during the mid-18th century was still relatively untamed and wild.

Among their victims were Horace Walpole - the famed art historian, writer and politician - along with the Scottish peer Lord Elgington and the architect Sir Thomas Robinson. 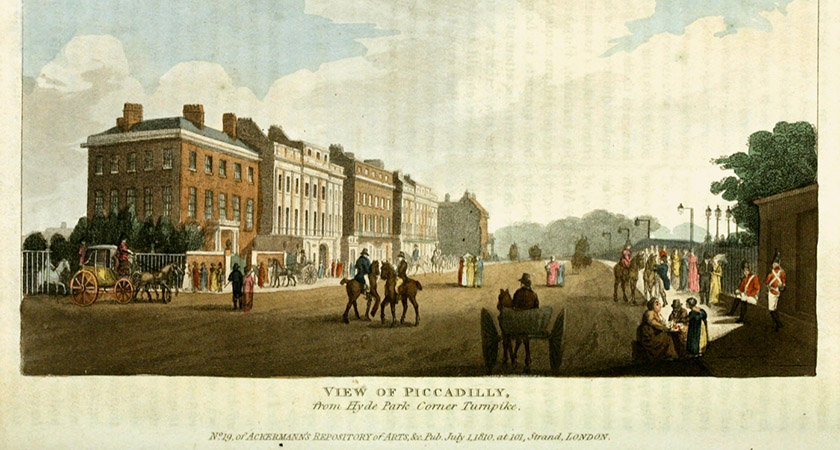 3. They became notorious for their friendly criminality

MacLaine and Plunkett were always restrained and courteous whenever they stopped stagecoaches along the highways of London.

MacLaine became so famed for his courteousness while robbing people that he earned himself the nickname the 'Gentleman Highwayman'.

MacLaine even penned a letter of apology to Horace Walpole after accidentally discharging his gun during the robbery - offering to return his belongings...for a fee.

4. Crime made him a wealthy man

The spoils that MacLaine took from his career as a highwayman finally allowed him to engage in the high-society lifestyle he had always craved.

MacLaine’s new standing made him a bit of a heartthrob with the ladies.

As had always been in the case, it would be MacLaine’s love of good living that would prove his downfall.

5. His cover was blown by an observant pawnbroker

MacLaine was eventually arrested when he tried to pawn Lord Elgington’s coat to a sharp-eyed pawnbroker on Monmouth Street who was aware of the robbery.

MacLaine was soon arrested and upon a search of his home, many of the items the men had stolen were found, among them Horace Walpole’s blunderbuss rifle.

The unprecedented publicity surrounding MacLaine’s trial alerted his partner Plunkett who got away with his life and his money intact. 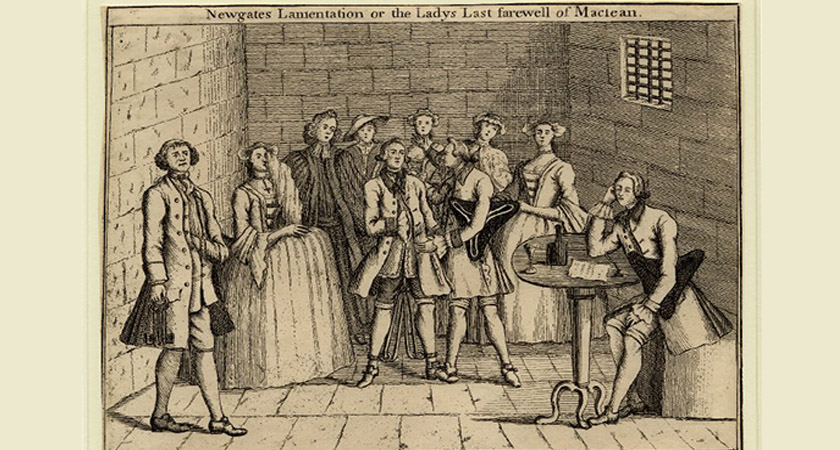 MacLaine was such a hunk that women came to say their goodbyes before his execution (Picture: Executed Today)

6. He was hanged at the same gallows as Oliver Cromwell

MacLaine, occasionally spelt Maclean or Macleane, was hanged at Tyburn gallows exactly 92 years after the death of Oliver Cromwell whose body was exhumed and then posthumously hanged at Tyburn in 1661.

Maclaine's execution went ahead despite the pleas of a number of high-society personalities, as the authorities viewed setting him free as “setting a bad example”.

At his execution MacLaine simply said: “May God forgive my enemies and receive my soul.”

7. His life has spawned art, operas and Hollywood movies

MacLaine is thought by some to be the inspiration for Macheath the Knife, the antihero of John Gay’s famous opera The Beggar’s Opera.

The film was something of both a critical and box office flop, but has since gone on to gain a strong cult following.