AN Irish American dad who shot and killed his son to stop him strangling his other son to death following a drunken argument will not be charged.

John Maloney, 56, was justified in his use of deadly force against his eldest child Joseph, 30, in order to save 26-year-old James at the family home in Stuart, Florida last weekend, police said.

The incident, which happened at around 6am on the morning of Sunday December 16, occurred after Joseph began "acting irrationally" following an eight-hour drinking session with his younger sibling.

When a game of billiards descended into a ferocious argument, Joseph pulled a machete on his brother while choking him with one arm.

John shouted at Joseph to release James but was forced to shoot him in the chest several times with a revolver when he refused to let go.

The brothers' distraught mother Marie called 911, but police quickly ruled out the possibility of charges being pressed against her husband and no arrests were made.

The tragedy has left John "shattered", Martin County Sheriff William Snyder said at a news conference in the Sunshine State. 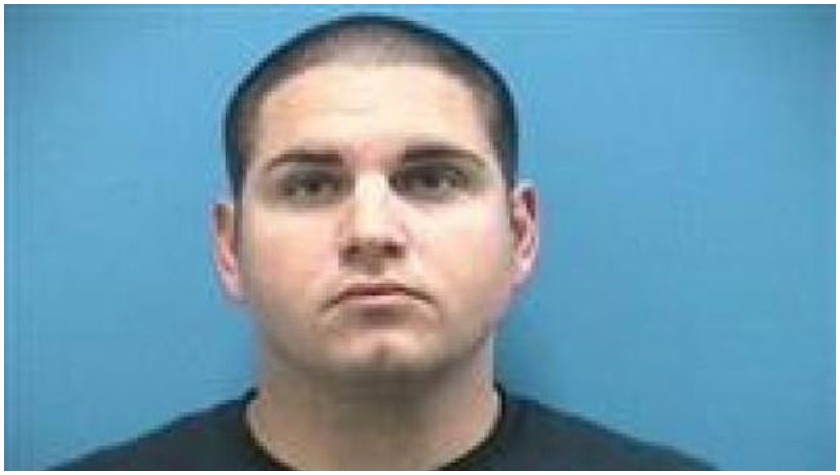 Sheriff Snyder said: "The physical altercation began over a game of pool then escalated into the violent attack of one brother on another.

"At one point the parents hear their younger son pleading for his brother to stop choking him because he could not breathe.

"His brother continued to strangle his sibling with one arm, while holding a knife over him with his other hand".

Earlier that night, John and Marie Maloney had locked themselves in their bedroom to hide from Joseph, who subsequently attacked their bedroom door with his machete.

James was attacked as he attempted to subdue his older brother and keep him away from his parents.

Mrs Maloney had first called 911 at 5.47am insisting that Joseph needed to be admitted to a mental hospital under the Baker Act, before calling again to report the shooting.

The Sheriff described a scene of devastation when he arrived at the family's home.

"I don't know if there is a way I could accurately describe the look on [John's] face," he explained.

"It was an extremely violent scene... I am not sure what the dad could have done".

Explaining why no charges will be brought against the father, Snyder added: "The physical evidence and the witness statements indicate that at the time of the incident, Mr Maloney believed that the deadly use of force was necessary to prevent death or great bodily injury to his younger son.

"Based on the circumstances that we think we have now he would be justified in using deadly force. What you actually have is self-defence for someone else."