Liam James Gray, 93, will officially be presented with the Legion d’Honneur on Monday, October 3 by the French Ambassador to the United Kingdom Sylvie Bermann.

Mr Gray was born in Dublin on December 29, 1922 before moving with his family to Liverpool aged three.

He later left school at 14 before joining the Royal Engineers when he was 20.

Mr Gray, now of Bexley in southeast London, distinctly remembers the sound of gunfire reverberating as he emerged on deck on June 6, 1944.

When he disembarked in Normandy, France on June 7, he was greeted by the site of small wooden crosses, steel helmets and identity discs marking where fellow soldiers had fallen. 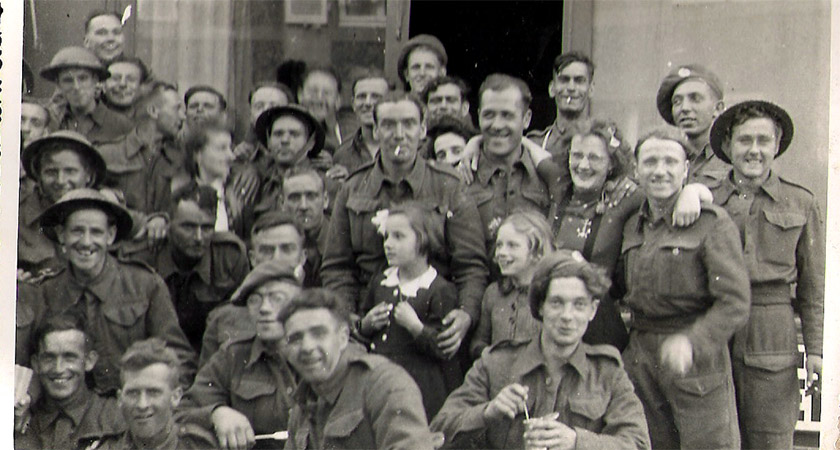 “I remember thinking, what is this all for? Two Armies in a foreign country doing their utmost to destroy each other, it didn’t make sense,” he said.

Before he had been sent to France, Mr Gray met a woman named Violet at a Saint Patrick’s Day dance in Blackheath in 1944.

They were married in 1945 and lived together in Bexley from 1949 after Mr Gray had returned from a tour of duty in the far east.

D-Day veteran, 97, reunited with long-lost French sweetheart, 92, over 75 years after they fell in love during World War II