THE IRISH government continues to seek the “full truth” behind the Dublin and Monaghan bombings on what is the 46th anniversary of one of the deadliest attacks to occur during The Troubles.

On May 17, 1974, 34 people – including a full-term baby and a young family of four - were killed in separate attacks in Dublin city and Monaghan town.

A further 300 suffered serious injuries, some of which were life-changing, when the four separate car bombs went off at rush hour.

The Ulster Volunteer Force (UVF) claimed responsibility for the attacks almost 20 years later, in 1993 ,but nobody has ever been charged in connection with the bombings.

The relatives of those killed in the attacks have previously called on the British government to release classified security files on the bombings. 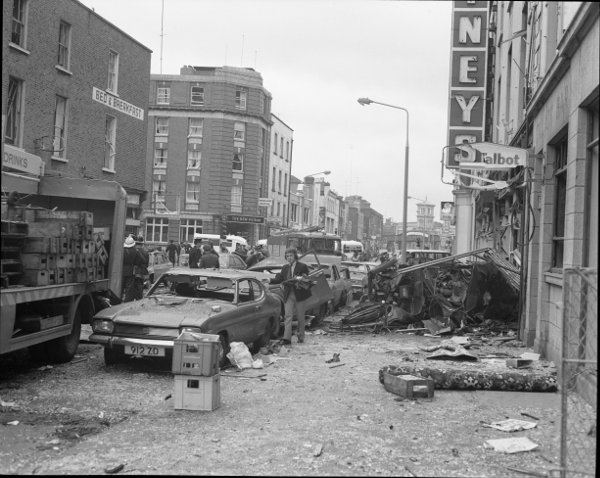 Damage caused at Guineys on Talbot Street which seemed to be the centre of the blast. (Irish Photo Archive)

The Justice for the Forgotten lobby group has also campaigned for the opening of an inquiry into allegations British security agents colluded with the terrorists to plot the attacks.

Speaking in a statement released to mark the anniversary of the attack, Tánaiste and Minister for Foreign Affairs and Trade, Simon Coveney TD expressed his own determination to seek the truth.

“Today we remember the thirty three people who were killed and the hundreds who were seriously injured in the Dublin and Monaghan bombings of 17 May 1974, which saw the largest loss of life on a single day in the Troubles,” he said.

In previous years, victims’ families and survivors would gather on Talbot Street to remember those who lost their lives.

But while the current lockdown measures mean that is not possible this year, Mr Coveney was keen to remind those affected that Ireland “stand together” in remembrance of those lost.

“While it is unfortunately not possible to gather at the memorial on Talbot Street in Dublin this year, we still stand together as a country in remembrance with the victims’ families and survivors,” he said. 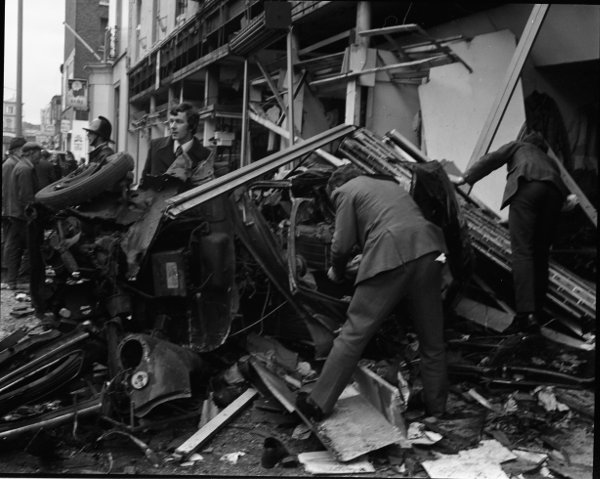 He also sought to reassure families and survivors that the Irish government would continue to fight for “truth, justice and acknowledgement” of what really happened that fateful day,

“The Government will continue to seek the full truth of these appalling attacks, and some measure of closure for those affected, in accordance with the three Motions passed unanimously by Dáil Éireann.

“We stand in solidarity with the victims’ families and survivors and determined to continue the search for truth, justice and acknowledgment until it is finally secured.”