Joe Biden fans gathered in Carlingford to celebrate his victory over Donald Trump in the US presidential election Image: @CarlingfordIRE

IRISH JOE Biden fans gathered in Carlingford this weekend to celebrate the Democrat’s projected victory over Donald Trump in the US presidential election.

The Co Louth town hosted a special event that included a socially distanced parade and a performance from the Carlingford pipe band.

They played the familiar Irish song Fáinne Geal an Lae, which translates as the Dawning of the Day, as well as a new song written specially for Biden.

Our Local Joe celebrates the 77-year-old's election win and his family ties to Co Louth, the county his great-great-grandfather emigrated to the US from back in 1840s.

As if further proof was needed of Biden’s family connections to the area, several distant cousins of the President-elect were present during the festivities.

They included local councillor Andre McKevitt and siblings Doreen Keenan and Oisin White, who met Biden during his visit to the region in 2016. 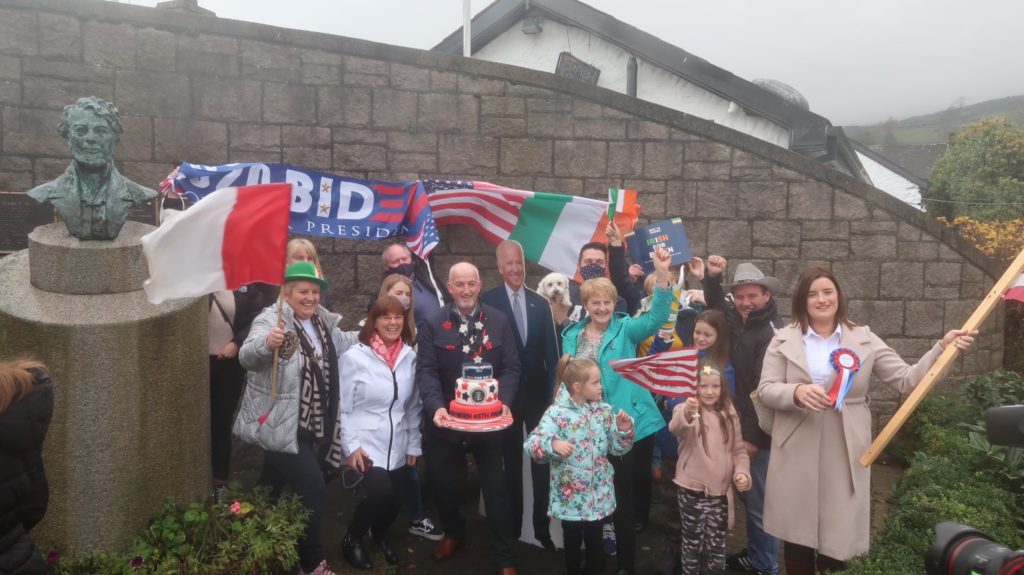 Hundreds turned out for the event with American flags and Irish tricolours out in force alongside several cardboard cut-outs of the new leader of the free world.

The event was organised by the Irish for Biden Campaign, a group set up to encourage Irish people with relatives in the US to lobby them to vote for the Democrat candidate.

Paul Allen, who played a key role in the Irish for Biden Campaign, told the BBC said he was “overjoyed” with the result and the fact there will be an Irish voice in the White House.

"There has probably been no other president in US history that takes a greater in pride in their heritage than Joe Biden," he said.

"There is no doubt that Ireland now has at least two listening ears in the White House, and the potential for this is enormous, from improved relationships, US companies in Ireland, undocumented Irish, Brexit and co-operation on international policy." 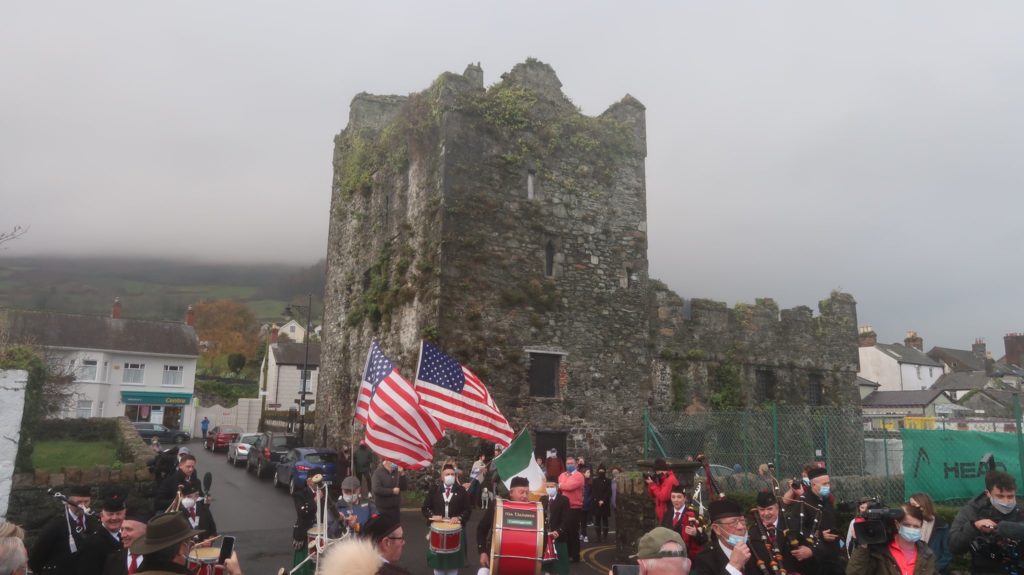 “People are just delighted about it. It's great to have some good news in the Covid era that we find ourselves living in,” he said.

"It's really incredible that the president-elect of the United States' great-great grandfather left Carlingford Harbour in 1849 and all of these years later an ancestor of his is elected to the most powerful position in the world." 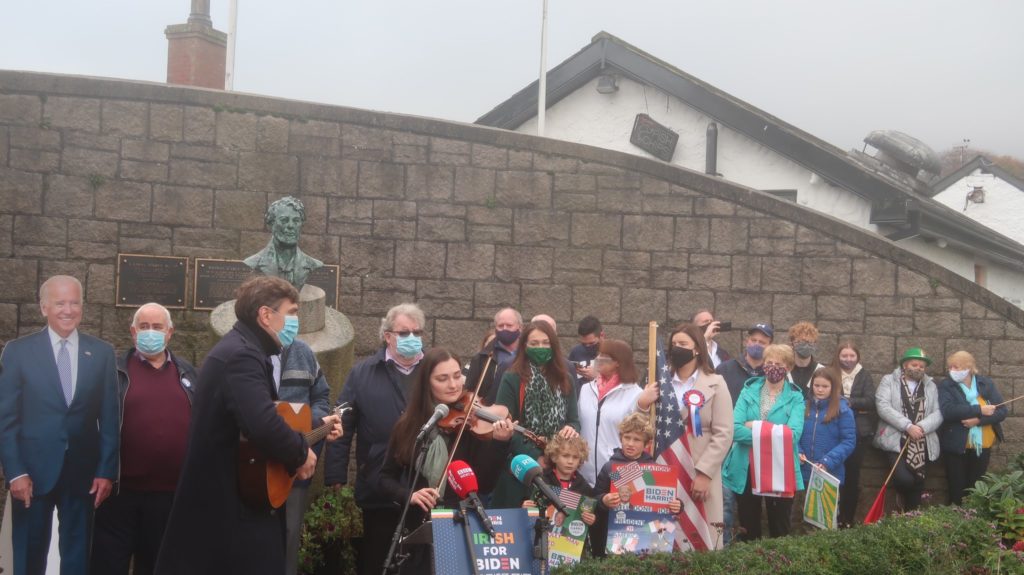 Some locals are already planning for Biden’s triumphant return once the world returns to normality.

"I actually wrote to the president-elect yesterday inviting him back to Carlingford,” McGahon said.

“I fully accept how much he has on his plate but it would be really wonderful to have him back in north Louth at some stage during his presidency.”