AN IRISH mother-of-two suffered 19 injuries to her face and inhaled her own blood, a court has heard as her boyfriend denies murder.

Kerri McAuley, 32, was found dead at a property in Southalls Way in Norwich, on January 8 this year.

Her former boyfriend Joe Story, 27 - who has admitted manslaughter - now stands trial in Norwich Crown Court accused of her murder.

At the hearing yesterday, June 5, the court heard how Ms McAuley - whose father hails from Larne - was subjected to a severe blunt force trauma assault.

The jury of seven men and five women were told by Simon Spence QC, who opened the prosecution case, that Storey, who has a “history of violence” towards Ms McAuley, has admitted manslaughter but denied murder.

According to Norwich Evening News, Mr Spence QC said: “They had been in an on-off relationship for some time during which the defendant had been both physically and mentally abusive and violent to Kerri.

“Sadly as is so often the case in abusive relationship she continued to stay with the defendant despite his behaviour towards her.”

The jury was told that Storey had assaulted Ms McAuley on at least two previous occasions before her death.

On Saturday, January 7 this year the couple had been out in Norwich, at the Riverside complex, before going to the Artichoke pub and Blueberry pub, where they had an argument, before returning to her flat.

Mr Spence said after returning to the flat Ms McAuley was subjected to a “brutal and a sustained attack in which her partner, this defendant, intended at the very least to cause her really serious harm.” 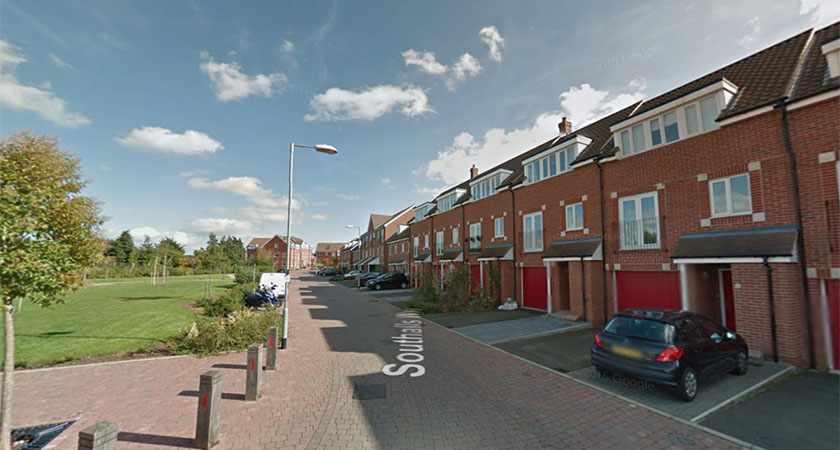 During the attack Mr Spence said Ms McAuley inhaled her own blood and, as evidenced by blood staining in the flat, had tried to go to the front door to escape but was dragged back to the sitting room where her body was discovered by her mother and brother on the evening of Sunday, January 8.

They had been contacted by the father of Ms McAuley’s two children who had not been able to contact her to arrange for her to have the children back.

Mr Spence said Storey, whose address held by the court is Murrells Court, Norwich, had been staying with a female friend in Vanguard Chase, Norwich, and returned the following morning and appeared to be “very drunk” clutching a half-drink bottle of wine and wearing a T-shirt which was covered in blood.

Storey, who continued to drink from a bottle of prosecco, said it had been the result of being in a fight.

He asked his flat mate to give him a lift over to Ms McAuley’s flat on a Sunday morning and they went between 10am and 11am.

Mr Spence said he was gone for about five or 10 minutes and said Ms McAuley was not there.

Mr Spence said that was clearly a lie because at that time on the Sunday “she was laying dead on the floor of the sitting room”.

He said although Storey had admitted manslaughter the prosecution’s case was that he murdered her.

He said: “The only question for you the jury therefore to determine is what his state of mind was at the time and whether at the time of the attack on Kerri he intended to kill her or cause her really serious harm.”

Mr Spence said it was the prosecution case that one only had to look at the “nature and extent of the head injuries that Kerri suffered” to see that clearly was what he must of intended and why the prosecution say he was guilty of murder.

In a statement issued by police after her death in January, Kerri’s mother said: “Words can’t describe the pain we are feeling at the untimely and horrific loss of our dearest Kerri.

“The love and support displayed by her family and friends is overwhelming and immensely comforting.

She added: “This love and support is giving us the strength to help carry Kerri’s two beautiful boys through their loss, in their words, of the most awesome and everything mummy."