AN IRISHMAN who lost his wife to cancer saw everything he owned destroyed when their home burnt down just days after her funeral.

Paul McInerney, 71, and originally from Dublin, spent six years caring for his beloved wife Maire, who was diagnosed with breast cancer in 2012, before she passed away last month, on June 14.

On Thursday, July 5 her funeral took place close to their home in Enfield, north London, attended by friends and family of the popular couple, who had been married for more than 30 years, many of whom came over from Ireland to pay their respects. 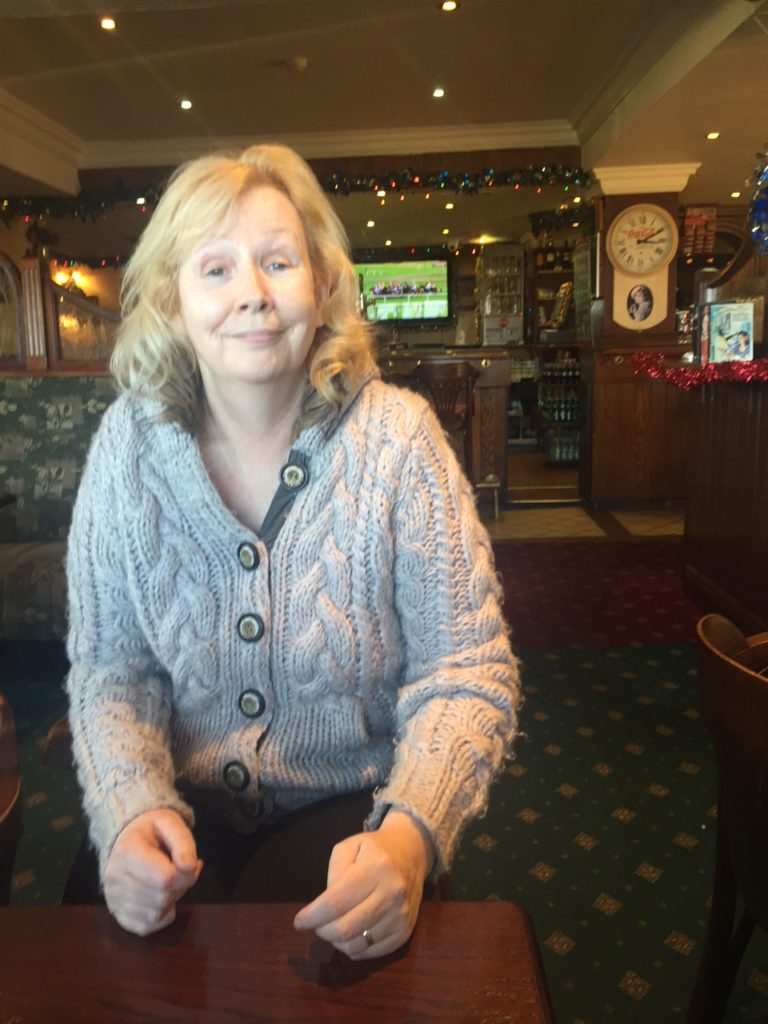 Maire McInerney passed away in June after a long battle with cancer (Picture: Paul McInerney)

The following morning he left their home early, having had a restless night, but returned at speed when he got the call to say his home was on fire.

“The first thing I thought when I got that call was Maire,” he told The Irish Post this week.

“I had only collected her ashes the previous afternoon and took them home. I didn’t sleep well at all that night, so headed out early that morning, but I got a call at about 11am saying my house was burning down.

“I was about half an hour away so I sped back home, dumped the car and ran to the house.”

'I HAD TO GET IN AND GET MAIRE'

Mr McInerney and his wife lived in one of three flats in a converted house in Enfield’s Chase Side. It was gutted by the fire, which took a large team of firefighters a number of hours to put out on Sunday, July 8.

“When I got there the firemen told me to get back,” he said.

“The fire was still burning, but I had to get in and get Maire.

“I told them that and two of them put their suits back on and went in to find her.

“They got her out and she wasn’t damaged.

“I could never thank them enough for what they did.”

He adds: “If they hadn’t I would have found a way to get in and get her, there was no way I was leaving her in there, but I’ll always be grateful to them for doing that.

“I didn’t get much else out, everything I owned was destroyed, apart from a few pictures, but she was the only thing I cared about saving anyway.” 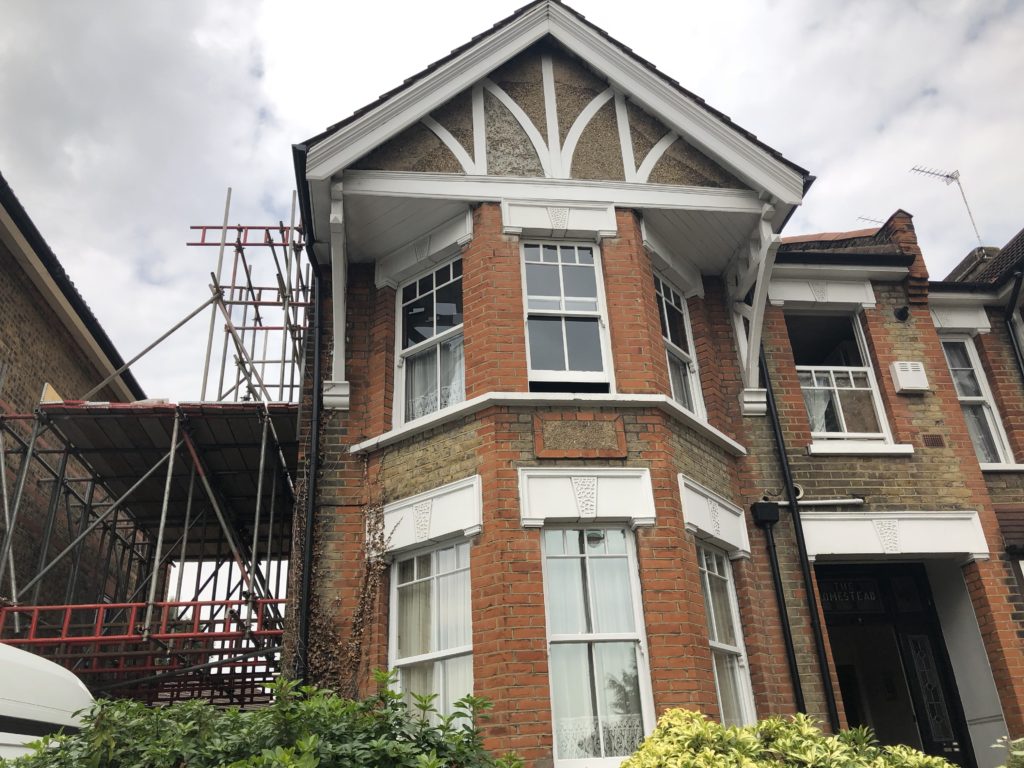 Paul McInerney's home in Chase Side, Enfield was destroyed by the fire (Picture: Fiona Audley/Irish Post

With his wife’s ashes safely in his arms, the retired construction worker - who left Dublin for London in the 1980s – could only watch from the road as what was left of their home and possessions was ravaged by the flames being battled by firefighters.

“It’s very weird to watch your home burn from the sidelines,” he said, “I think I was just stood there in a daze really.”

“My neighbours who live there also lost their homes, it’s devastating for everyone really."

The fire has added to an already traumatic time for Mr McInerney, who is still coming to terms with losing his wife and now finds himself homeless.

Donegal-born Maire McInerney (née Barr), who was 57 when she passed away, was diagnosed with Stage 2 breast cancer in 2012.

Back then, she had two operations to remove the cancer and a series of treatment, including radiotherapy and chemotherapy.

“It was a lot for her, but Maire never complained, not once,” Mr McInerney explained.

“You never heard a complaint out of her. She just got on with it,” he added.

“After that treatment she was ok. She wasn’t as strong as she had been and was never fully back to her normal self. But she was ok.”

However, things took a turn in November 2016 when, during a trip back to Dublin, Maire had a fall.

Upon their return to Enfield - the couple’s adopted hometown since the 1990s - Maire began to feel dizzy and was soon back in hospital for a check-up, which revealed she had a brain tumour.

In May 2017 she underwent a successful operation to remove the tumour, but complications with a shunt fitted after the surgery, to prevent fluid from collecting around the brain, saw her remain in hospital until March 2018.

After so much time spent in hospital, Mr McInerney, who had been his wife’s primary carer since her initial cancer diagnosis, was delighted to have her home at last.

“I was so happy to have her home,” he admits.

“I always looked after her, and I didn’t mind a bit being her carer,” he explained.

“They sent a hospital bed home with her and I used to sleep on the floor beside it, in case she needed anything.

“She wasn’t really supposed to move from that bed, but sometimes I would scoop her up and take her to the living room for a change of scenery, that always made her giggle.” 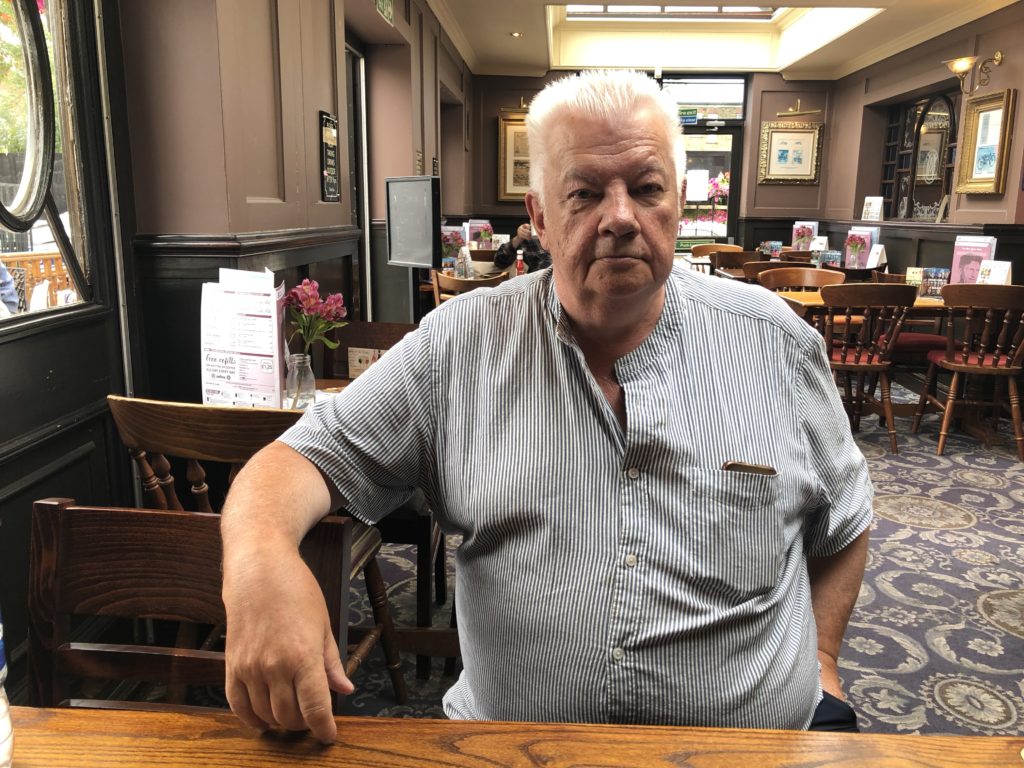 Yet a few months later Maire’s health took a turn once again.

She was admitted to North Middlesex Hospital in June, where doctors confirmed she had contracted pneumonia and suffered organ failure, with her blood pressure dropping and her heart rate rising.

“The doctor told me he had seen fit twenty-somethings who had not survived the condition Maire was now in, so he didn’t expect her to,” Mr McInerney explained.

“But for some reason I thought she would come through it again.

“When I got there that day she had been chatting to me and seemed ok. I had fixed my hair the way she liked it and she was telling me how well I looked.

“And slowly but surely her heart rate started to come down, her blood pressure started to come up and she seemed to be improving. I came home thinking, typical Maire, she is going to beat this.

“I was so happy about it too, and when I went home that evening I had no phone call - I slept with the phone in my hand at this point.”

Sadly, all that would change the following morning, when Mr McInerney received a call from the hospital.

“At 7.54am I got the call from the hospital telling me to come in quickly,” he said.

“It was devastating. I wondered why they didn’t call me earlier, or just let me stay with her that night.”

Officially the cause of Maire’s death was aspiration pneumonia, but Mr McInerney added: “It all linked back to the cancer really.”

With everything that has happened since Maire’s passing, he is still coming to terms with the loss – of his wife, their home and all their belongings.

“It’s been hard. It’s like a dream really. I wake up thinking Maire will still be there. Then I remember.

“But still everywhere you go she is there, people ask about her, some don’t know what’s happened and I feel bad for them when I have to tell them.”

He added: “Since the fire too, I don’t really care about anything anymore.

“It’s hard to see where to go really. It’s hard to visualise just going on at the moment.” 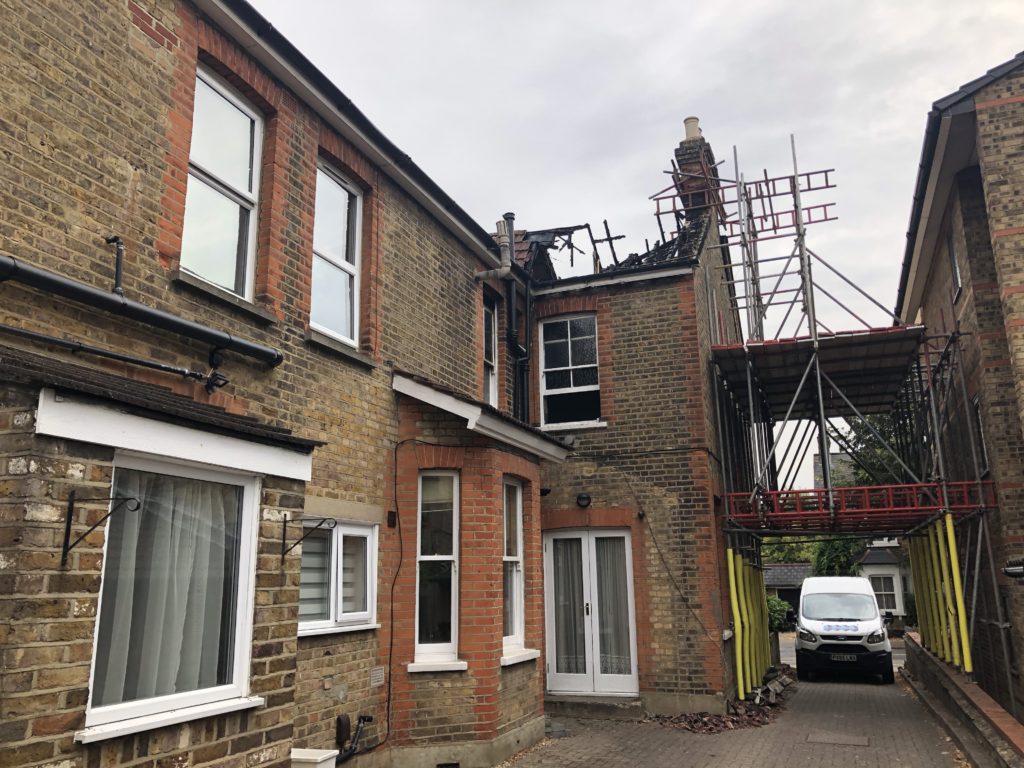 Mr McInerney is currently living in temporary accommodation, which is being funded through local community organisations.

Todos Together UK, as well as the London Irish Centre, have been working together to support Mr McInerney.

Members of the BITA (British Irish Trading Alliance) network are also involved, offering support and providing some bare necessities for Mr McInerney as he attempts to begin to rebuild his life.

He has been told it could take up to 12 months before he can move back into his home and, already surviving on just a limited pension, he will have to support himself during this period, meaning he will have to secure and fund a place to stay every night, as well as covering the associated costs - such as having nowhere to cook for himself, so buying food and drinks on a meal to meal basis.

In order to help, his neighbours have set up a fundraising campaign, which has seen more than £7,000 raised already, to help support him financially.

Regarding the campaign, Mr McInerney said: “I didn’t know anything about the fundraising being set up, I don’t really know much about computers and things, that was more Maire’s domain, but I can’t quite believe it.

“What my neighbours have done is amazing.”

On the amount already raised, he added: “I’m flabbergasted by it really. It’s fantastic. I wasn’t expecting anything from anyone. It’s very decent of people.

“People, sometimes, they surprise you. How they come together like that. They didn’t have to.”

To donate to the Help Paul fundraising campaign click here.