IRISH President Michael D Higgins and his wife Sabina have visited a refugee camp in Athens during their State Visit to Greece.

The president was visiting the Eleonas camp for refugees and asylum seekers on the third and final day of the trip.

The government-run camp in Athens was the first to open on mainland Greece and permits residents to enter and exit as they wish.

In 2015, Greece saw a five-fold increase in the number of refugees, with over 850,000 seeking asylum, mainly as a result of Syrian civil war.

The country now houses around 60,000 migrants and asylum seekers, mainly in camps around Greece. 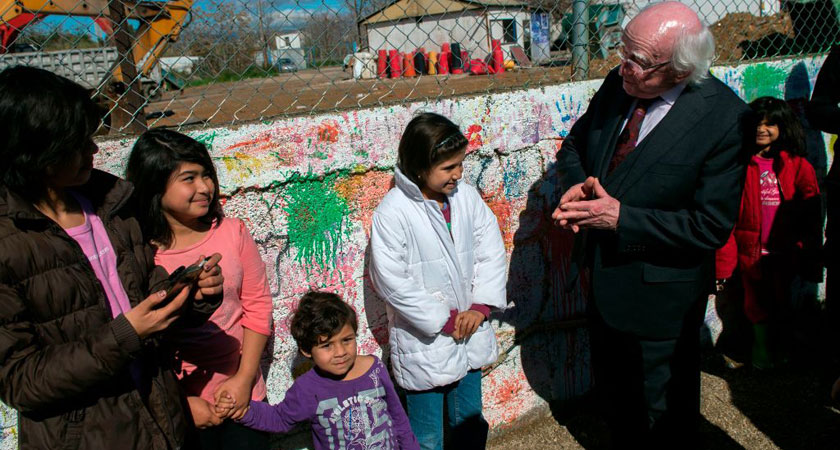 Charting his trip on social media, the President praised Greece's response to refugees.

His official Twitter account posted: “The Greek people, who are under great stress economically, are doing something that is not only a great example to the rest of Europe but an example to other parts of the world.”

The day before his trip to Eleonas, the President received an honorary degree from the University of Athens.

During his address, he alluded that the past experiences of both Ireland and Greece could make them more empathetic to dealing with refugees.

“I believe that our response – in Greece as in Ireland – is, and will be, best informed when it draws on our respective historical experiences,” he said.

“This university was founded just years before a devastating famine killed upwards of a million Irish and forced another million to flee their homes for safer shores.

“In the same period, Greece has suffered multiple upheavals and refugee flows including the devastation of the Greek community in Asia Minor in the 1920s.

“The challenge of displacement and responding to refugee flows is one of several challenges now confronting our global community – challenges that require an agreed global response.”