A Catholic priest says a livestreamed mass in Brazil. Priests across Ireland have been reduced to livestreaming services due to coronavirus restrictions (Photo by Buda Mendes/Getty Images)

CATHOLIC PRIESTS in Ireland are feeling the pressure of online mass as they are faced with low viewer ratings and some harsh comments.

With Ireland in the middle of a second lockdown, all religious services have been moved online, with many priests resorting to Facebook and other websites to stream daily or weekly mass to parishioners.

An unforeseen consequence of this, however, is pressure from parishioners as to how many people are viewing the mass, 'mass hoppers' watching services from outside of their parish-- and priests subjected to abusive comments.

Speaking at the Association of Catholic Priests AGM, Fr Tim Hazelwood said that many priests are elderly and would not usually use online services or social media, admitting he himself doesn't "even like looking at a screen, I find it totally unnatural".

He said a lot of priests feel "forced" into saying mass online, and many are being subjected to abuse on social media for not living up to parishioner's expectations. 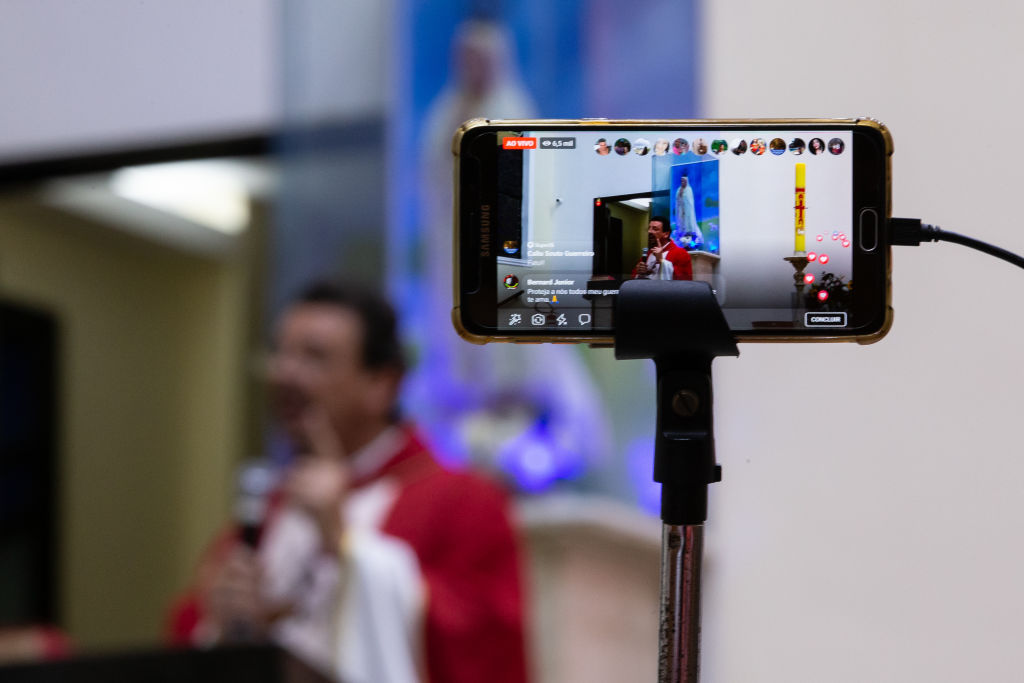 A Catholic priest says a livestreamed mass in Brazil. Priests across Ireland have been reduced to livestreaming services due to coronavirus restrictions (Photo by Buda Mendes/Getty Images)

Priests "are not performers", he said. "A lot of lads are very self-conscious. There is a group who-- I would call them 'mass-hoppers'-- who go from mass to mass, and unfortunately some of them pass comments.

"Some of them are very hurtful. A lot of the lads have been very hurt by them."

The abusive comments "hits at your heart", Fr Hazelwood said, and alleged that some priests have stopped saying mass online as "they couldn't take it".

The Association of Catholic Priests have set up a confidential helpline for priests struggling with isolation or hurtful comments throughout the pandemic.