Michael Blake’s quartet of Denis Lynch, Eoin McMahon, Michael Duffy and Darragh Kenny finished the competition on just one time fault, with victory going to The Netherlands as the only team to complete on a zero score, while Belgium finished third on four faults. 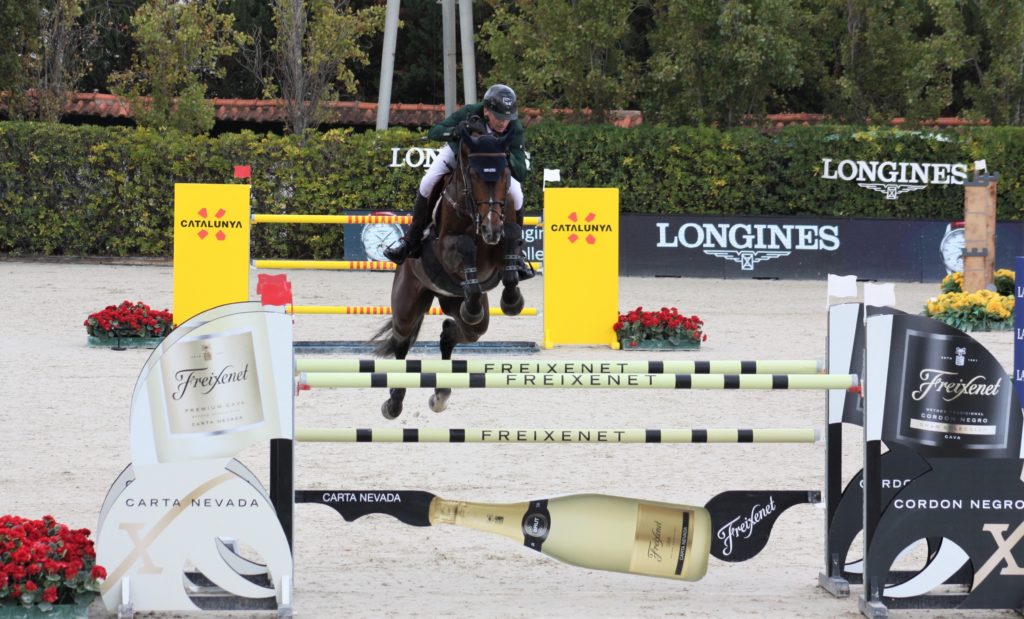 Tipperary’s Denis Lynch got Ireland off to the perfect start with the Onyx Consulting-owned Cristello, when they jumped an impressive clear inside the time when first to go for Michael Blake’s team.

Co Clare’s Eoin McMahon, who had a hugely impressive performance at the 2021 European Championships, was second to go with Chacon 2 owned by Madeleine Winter-Schulze. They also left all the fences standing but picked up one time fault when 0.21 over the time allowed.

Galway’s Michael Duffy, another who enjoyed an excellent Europeans, was next to jump with Zilton SL Z and were the discard score with one fence down and the smallest of touches on the tape at the water.

Ireland needed a clear from anchor rider Darragh Kenny to keep the pressure on the remaining teams and the Offaly rider delivered in style, crossing the line clear with the Heathman Farm-owned VDL Cartello to leave Ireland on a final score of just one time fault. Anything less than a clear from the final Dutch rider Harrie Smolders would leave Ireland as winners. Smolders kept his cool to give victory to the Dutch for the third time in the history of the competition.

Ireland’s Darragh Kenny was one of three riders who shared a €100,000 bonus the having jumped clear in Friday’s qualifying round and today’s final.

“I am very pleased with the result today. We used two experienced riders and two younger riders. Denis got us off to a great start. His horse was very fresh and took a bit of riding but Denis did a great job. Eoin McMahon was second in for us and he has been a revelation this year. I thought he had a super round. he was a fraction over the time allowed trying to be clear. It was a big track and Eoin was fantastic at the Europeans and this was his first time jumping in the finals in Barcelona.

“Michael Duffy was very unfortunate with the fault at the water, I saw the tape afterwards and it was the tiniest of touches – the size of a pebble. Darragh was superb just as he was in the first round on Friday. All-in-all against the best teams in the world we were just two tenths of a second off potentially retaining our title so I am really really proud of the lads. A special mention also for Michael G Duffy who was key in helping us qualify for the final on Friday. We are a five-man team and everyone played their part. I want to thank all our owners, the riders families and grooms and Horse Sport Ireland for their support.” 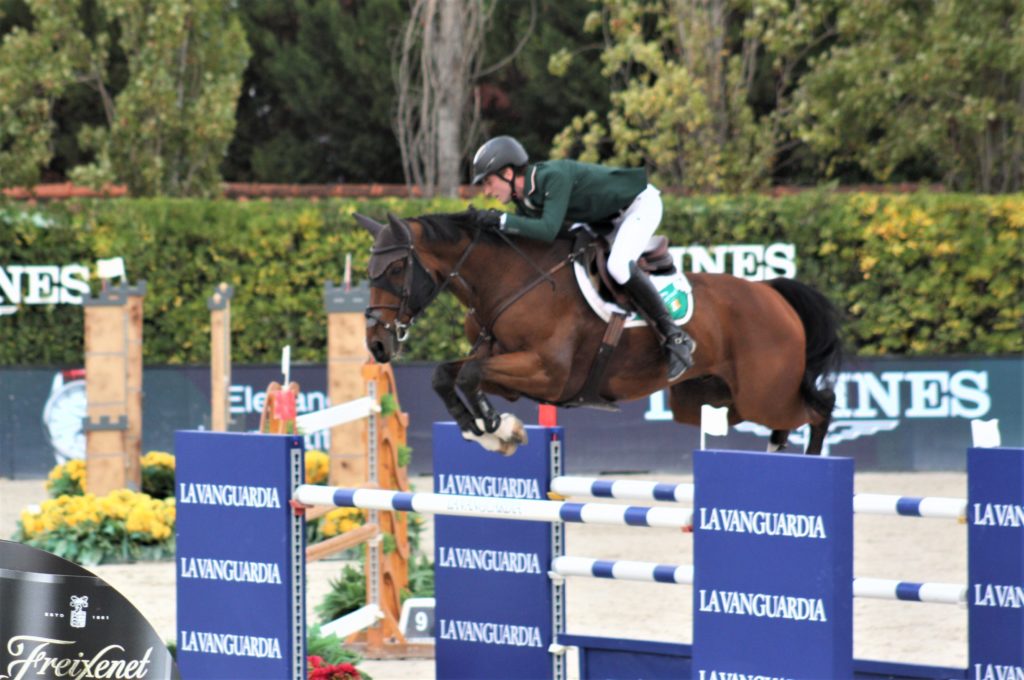 On Friday Ireland first had to qualify for the Sunday’s Longines FEI Nations Cup Final in Barcelona, and did so in thrilling style.

A thrilling competition over a demading course saw the result hang in the balance right to the finish, with several of the world’s top jumping nations missing out on a place in Sunday’s final.

Galway’s Michael Duffy with Zilton SL Z picked up four faults at the water and was one of several riders who finished over the time allowed for a five fault score. Mayo’s Michael G Duffy and The Irish Sport Horse Lapuccino 2 also finished with five faults and the pressure was on Ireland’s anchor rider Darragh Kenny to deliver a clear to give Ireland a place in the final. Riding his Olympic mount VDL Cartello, Offaly-born Kenny was cool under pressure, delivering a perfect clear to leave Ireland on a final score of 10 faults, while Denis Lynch was the discard score on this occasion with Cristello.

Saturday’s Challenge Cup Final for the teams who finished outside the top 8 would be between Switzerland, France, Italy, Britain, Norway, Uzbekistan, and Canada . There would be added pressure for the five European Division 1 teams of Switzerland, France, Italy, Britain and Norway  as the lowest placed of the teams in the Challenge Cup Final would be relegated to the EEF Nations Cup Series for 2022.