WHEN Lisa Marie Maher’s father died in a road accident she was devastated by road rage messages posted on social media complaining about the traffic her father’s death had caused.

On Wednesday another accident took place, this time on the M50 outside Dublin, which has left a woman fighting for her life in a hospital.

And after seeing drivers complaining about the traffic that had followed the accident on Facebook, the former model and entrepreneur took to the social media site with a message that has made people think twice about ranting about their road rage online again.

Ms Maher’s post has since been liked over 27,000 times and shared over 4,000 times by people who have been inspired by her words.

It read: “I’m rarely confrontational as anyone who knows me will agree. But a woman this morning is fighting for her life in a hospital, her family are getting that dreaded phone call and rushing from where they are to be by her side.

"Meanwhile, traffic is disrupted for a few hours while investigators do their job to try to get justice for the woman and give the family some answers.

"The whole city it seems has nothing more to care about than p***ing and moaning about the traffic and how late they will be.”

“My dad was killed four months ago on the road, at 6.30pm rush hour traffic on a busy main road into the city, the whole area was closed for 12 hours and I saw posts on Facebook, people ranting and raving about the traffic, that it was a disgrace and guards were causing chaos closing the road.” 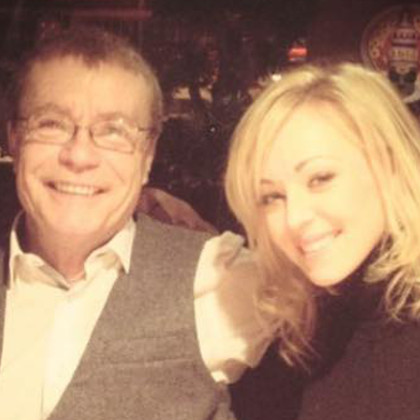 "A few hours later everyone got to where they were going and forgot that anything ever happened.

"Well I didn't, and never will and neither will the people who witnessed what happened to him innocently crossing the road.

“So wise up, we don't know who this poor woman is, her family could be on your friends list and see your pathetic dribble about the traffic chaos.

"Be smart and think of others before yourself. I speak from first-hand experience. Show some decency."

"Take a second to send love and strength to this woman and her family and be grateful you will get to where you going, just maybe a little late."

Ms Maher’s post has garnered attention from all over the globe and she has received emails of support from as far away as Australia.

Speaking to TV3’s Ireland AM, Ms Maher said that she was completely overwhelmed by the response her Facebook post had got.

She said: “If it makes people stop for a second and reassess themselves then job done,” she said.