AN Irish plumber who helped the Hatton Garden raiders after their £14million heist in April 2015 has been fined just £367.50.

Hugh Doyle, originally from Dublin, was the only gang member connected to the raid to escape jail after he let the group use his yard as a handover spot for the loot.

The gang ransacked 73 boxes at Hatton Garden Safe Deposit in London's jewellery quarter after using a drill to gain access to a vault.

A minimum value of £13.69m was placed on the property stolen in the raid, making it one of the biggest robberies in British history.

Doyle, a boiler-fitter who lives in Enfield, was handed a 21-month suspended sentence for money laundering in March 2016 over his role in the audacious heist.

On the last day of that trial, he wrote on Twitter: "Forget 'A' rated prison - have you got a 'G' rated boiler?"

At Woolwich Crown Court today, Doyle received a fine despite never being paid for his role in the heist. 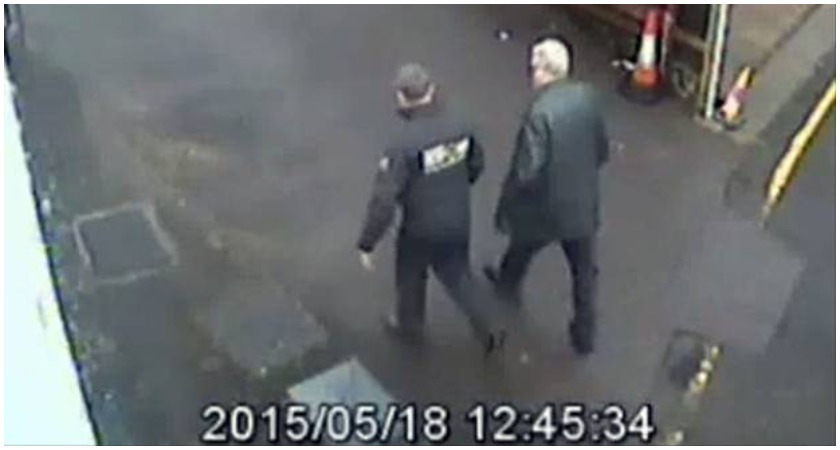 The Irishman, who owns his own plumbing firm, claimed to have less than £400 to his name but was found to be eligible for cash confiscation due to his "criminal lifestyle".

However, Judge Christopher Kinch QC agreed that Doyle had "limited assets" and agreed to fine him exactly £367.50.

He was given a fortnight to pay his fine or face two weeks in prison.

Born in Dublin, Doyle moved to Britain when he was 17, later meeting his partner of 20 years Jenny Fraser, with whom he has two children.

He was not involved in the planning or execution of the Hatton Garden job , but was contacted by raider John 'Kenny' Collins for a safe location to exchange the loot.

Collins, 77 was convicted alongside fellow raiders Daniel Jones, 63, Terry Perkins, 69, William Lincoln, 60 and Brian Reader, 78, for their role in the heist itself.

All five remain in prison, while an unknown man who helped them gain access to the vault – nicknamed 'Basil' for his red hair – has never been caught.