AN IRISHMAN and two others have been jailed for the manslaughter of a homeless man found naked at Malaga Airport with his genitals in a tuna can.

The victim, 51-year-old Steven Allford, was discovered lying face-down on a bench outside the Spanish airport's arrivals lounge on October 21, 2016.

The Londoner was found with his trousers down, ham on his exposed buttocks and his genitals placed inside an empty tuna can.

He had also been bound with cable ties.

Mr Allford had only been in Spain for around a week, sleeping rough, when he lost his life.

His post-mortem revealed he choked to death on his own vomit after a heavy drinking session.

A video showing several men taunting Mr Allford on the night he died was briefly posted on Facebook. 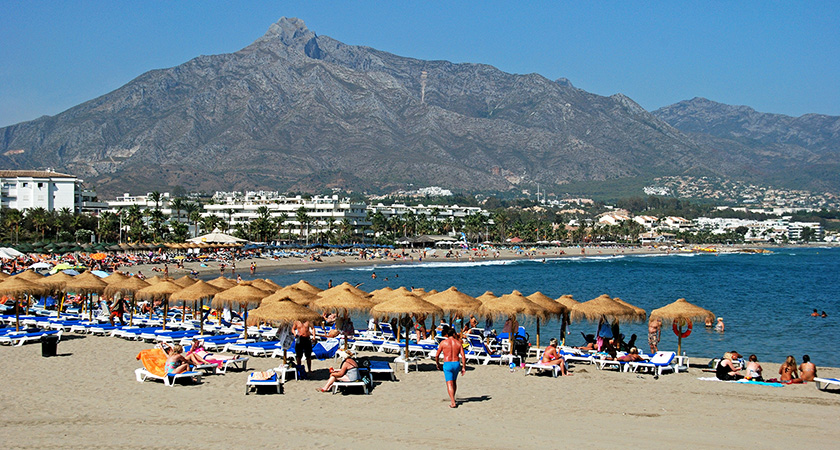 Steven Allford, 51, had only been in Malaga for a week and was sleeping rough (Picture: iStock)

Judge Calvo Cervera said the men didn't just tie Mr Allford to a bench, they filmed him and were “laughing about his temporary helplessness".

“When they had a good laugh, they left Mr Allford to his fate," he added.

The trio were also handed a further six months behind bars for submitting the victim to degrading treatment.

Initially, investigators thought the death could be related to a hate crime based on 'hobophobia' – a hatred of vagrants.

But later, police were told that Mr Allford had fallen out with other men sleeping rough at Malaga Airport because he did not share food and drink with them.

O’Byrne, who also slept rough along with his fellow suspects, was arrested 75 miles away in Algeciras after police were notified about the Facebook video.

In the incriminating footage, it's understood that Mr Allford was still alive and moving his head slightly while face-down on the bench.

Mr Allford, an orphan who grew up in the British capital, had previously served prison sentences in France and Spain before his death.