TRIBUTES are pouring in for Ivan Cooper, one of Northern Ireland's best-known civil rights leaders, who has died at the age of 75.

The former politician, one of the few Protestant leaders who marched with Catholics in Derry on Bloody Sunday, passed away in hospital on Wednesday.

Born into a working-class family in Killaloo, just east of Derry city, Mr Cooper was elected as an independent MP in 1969 and co-founded the nationalist Social Democratic and Labour Party (SDLP) a year later.

He played a major role in the Northern Ireland Civil Rights Association and organised the civil rights and anti-internment march on January 30, 1972 which developed into Bloody Sunday, when 14 unarmed civilians were murdered by British paratroopers in the Bogside area of Derry.

President Michael D Higgins said Mr Cooper's "unshakeable belief in the universality and indivisibility of human rights" was an inspiration. 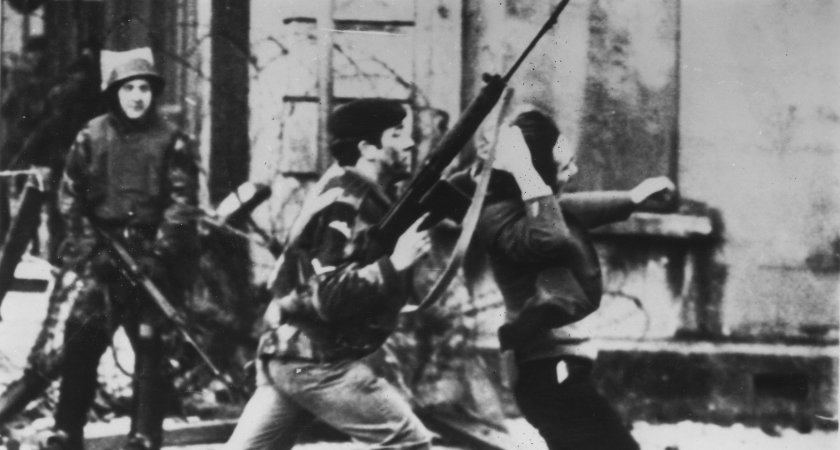 Cooper was one of the few Protestant leaders who marched with Catholics on Bloody Sunday (Image: Getty)

Speaking after his death today, President Higgins said: "It is with great sadness that I have learned of the death of Ivan Cooper, former MP, civil rights activist, justice advocate and founding member of the SDLP.

"As one of the organisers behind the earliest and many of the initiatives of the civil rights movement in Northern Ireland which were responding to the exclusion of so many from the most basic rights as housing, health and education, Ivan Cooper took inspiration from civic actions in the United States and became himself one of sources of inspiration for all those who took a stand against inequality and injustice".

Last October, President Higgins presented a special award to Mr Cooper during the 50th anniversary commemorations of the second Northern Ireland civil rights march on October 5, 1968 in the Guildhall.

In his tribute today, the President added: "With his unshakable belief in the universality and indivisibility of human rights, Ivan Cooper was a beacon of hope and the embodiment of the power of non-violent actions in pursuit of justice."

SDLP leader Colum Eastwood said Mr Cooper embodied peace between Catholics and Protestants on the island of Ireland, having campaigned for fairness for people regardless of their background.

“"Ivan Cooper was born to break the mould. A working-class Protestant man who saw a common injustice and inequality that had taken root in Protestant and Catholic communities, he dedicated his life to fighting it," he said.

"On many occasions that meant that he suffered vilification and violence for his convictions. It never stopped him." 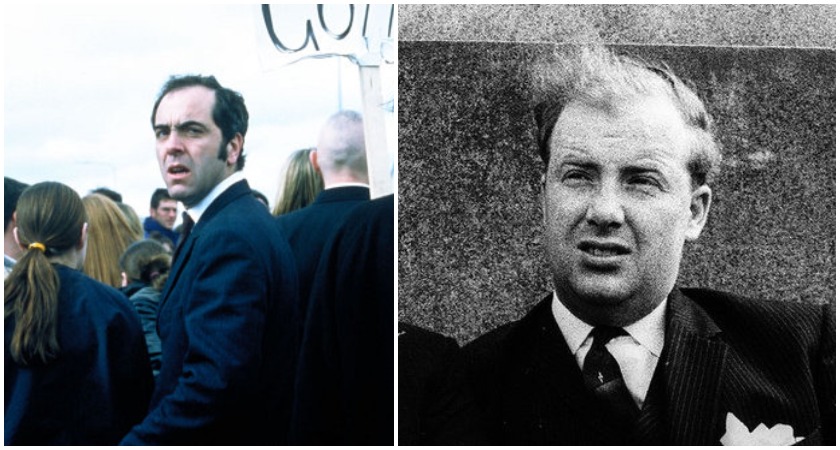 James Nesbitt, who played Cooper in 2002's Bloody Sunday, said he 'passionately believed in equality for all'

Mr Cooper was considered a traitor by many Protestants for his role in organising the demonstration that became Bloody Sunday 47 years ago.

The civil right leader, who was played by actor James Nesbitt in the 2002 film Bloody Sunday, quit politics in the 1980s and once told the BBC he "always regretted" organising the march as no political cause was worth so many lives.

Paying tribute today, Ballymena native Nesbitt said: "He will be remembered as a politician of startling courage and conviction who passionately believed in equality for all.

"On a personal note his impact on my career was inestimable. Playing him in Bloody Sunday was a privilege and also a huge responsibility. Professionally it changed my life.

"Had voices like his prevailed, we could perhaps have been spared the disaster and misery that was the Troubles," he said.

"Alongside his close friend John Hume, he helped blaze the trail on the path that led to the Good Friday Agreement."

Sinn Féin MP for Foyle, Elisha McCallion, added that Mr Cooper "stood up with others and challenged an unjust and unfair system of apartheid and discrimination."