The daughter of Bobby and Ethel’s fifth child Courtney was found on Thursday at the Kennedy residence at Hyannis Port, Massachusetts.

Emergency services were called and they rushed Ms Kennedy to Cape Cod Hospital, but she was pronounced dead on arrival.

The family released a statement announcing her death, but failed to disclose how or why it happened.

Various U.S. media outlets are reporting it was due to an overdose, but so far nothing has been confirmed.

Saoirse, whose name is Irish for 'liberty' was the daughter of Irishman Paul Michael Hill, who was wrongly imprisoned for 15 years after being convicted of carrying various bombings on behalf of the IRA.

“The world is a little less beautiful today,” the statement read.

“Our hearts are shattered by the loss of our beloved Saoirse. Her life was filled with hope, promise and love."

Her death is the latest in the line of Kennedy-family tragedies. The 'Kennedy curse' has marred the family for generations, most notably with the assassinations of President John F. Kennedy in 1963, and the assassination of Saoirse's grandfather Robert in 1968. 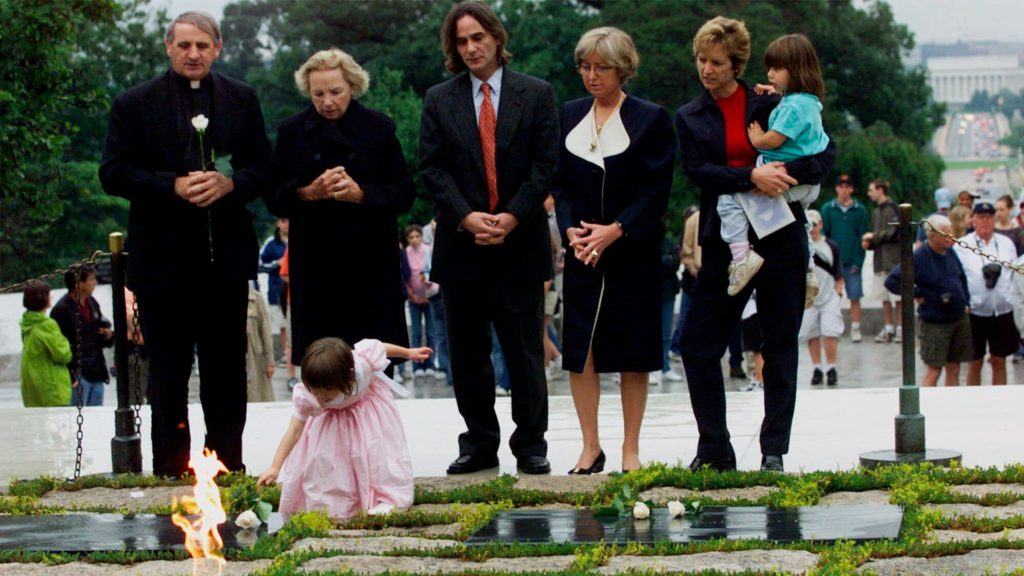 Saoirse Kennedy places a white rose on the grave of her great uncle John F. Kennedy, 19 years ago.

The President's son, John F. Kennedy Jr., was killed in 1999 when the airplane he was flying crashed into the Atlantic Ocean off Martha's Vineyard; his wife and sister-in-law were on board and were also killed.

Saoirse's uncle, David Anthony Kennedy, was found dead in a Florida hotel in 1984 after years of struggling with alcohol and drug addiction.

While at high school, Saoirse noted her struggles with mental illness following what she said was a sexual assault by someone she "knew and loved."

"My depression took root in the beginning of my middle school years and will be with me for the rest of my life," she wrote.

"Although I was mostly a happy child, I suffered bouts of deep sadness that felt like a heavy boulder on my chest."