KFC HAS launched a new vegan-friendly “chicken” burger and the internet is divided.

The KFC Vegan Burger has been added to the fast food chain’s menu on a permanent basis and is available to purchase today – but not everyone is happy.

According to KFC, the Vegan Burger is a meat-free tribute to the Chicken Fillet Burger, albeit with one major different.

In place of the more familiar chicken breast fillet is a bespoke Quorn fillet, which is coated in the Colonel’s iconic Original Recipe herbs and spices.

The burger is topped off with vegan mayonnaise and crisp iceberg lettuce served with in a soft-glazed vegan-friendly bun.

It’s an addition that has divided fans online.

Taking to Twitter, one critic wrote: “Dead to me. This isn't chicken.”

“Who seriously wants to go into a #KFC and order #Vegan food?" another asked.

A third chimed in “remind me again, kentucky fried what?”

While a fourth claimed: “Going to KFC for a vegan burger is like going to a brothal for a cuddle, f***ing pointless lol”.

Coming to your mouth holes this Thursday.

There was plenty of support for the idea though.

“Legit can have my first KFC in 13 years. Talk about dreams coming true,” a second concurred.

A third defended the move, explaining “We get one vegan option and so many people complain, it’s not hurting you, just don’t buy it.

“The colonel wanted to feed everyone at the same table, nothing wrong with that!” 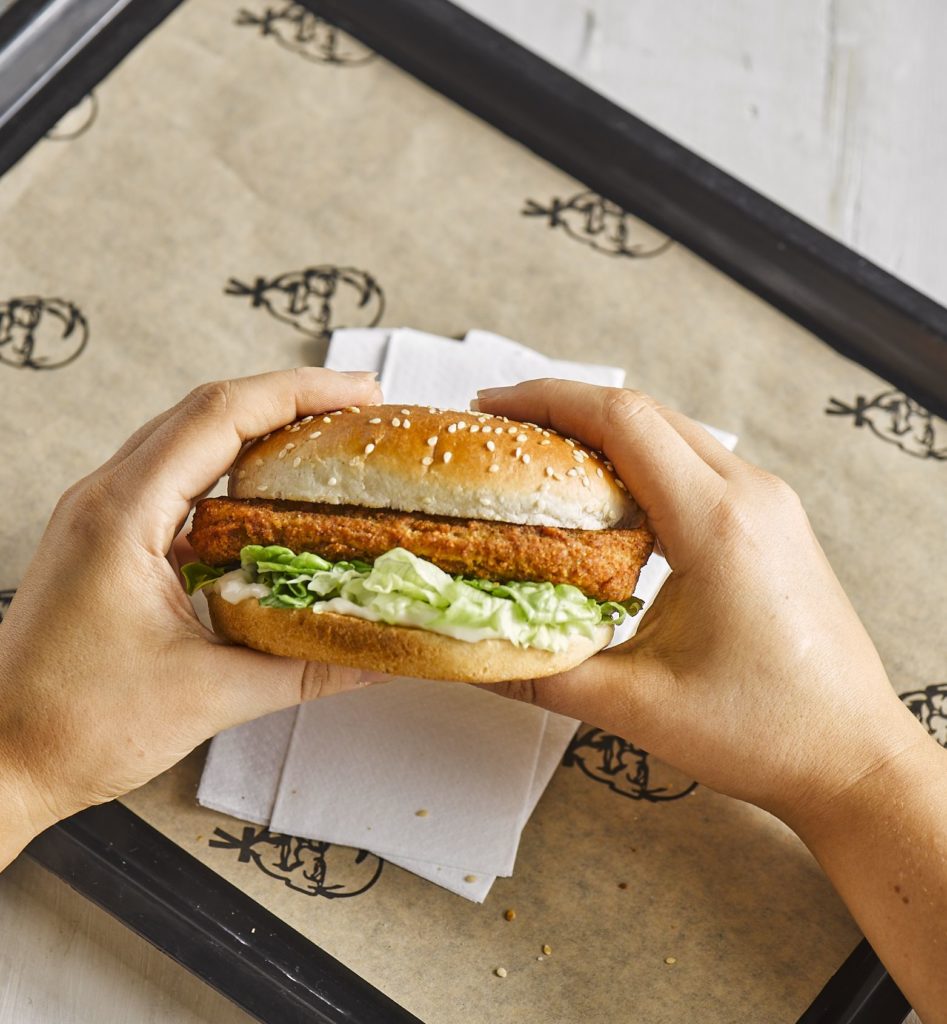 Ira Dubinsky, innovation director at KFC UK and Ireland said: “The Colonel was all about welcoming everyone to his table – now vegans, flexitarians and our fried chicken fans can all enjoy the taste of our Original Recipe together.

“We’ve worked hard to perfect the flavour and make a Vegan Burger the Colonel would be proud of. It’s the flavour of KFC, just with zero chicken. ”

Tony Davison, head of global foodservice & QSR at Quorn, added: “The chance to co-create exceptional food with an iconic brand like KFC is a pleasure, to see the results launched with such enthusiasm is fantastic.

“The result does the Colonel’s recipe justice, truly transformational vegan food that KFC fans are going to love – a finger lickin’ vegan favourite.”