Fr Joseph Mallin during a visit to Kilmainham in 2006 (Image: RollingNews.ie)

THE LAST surviving child of the executed leaders of the 1916 Easter Rising has passed away at the age of 104.

Joseph Mallin, a Jesuit priest based in Hong Kong, passed away this morning, his niece confirmed to RTÉ.

His father was Commandant Michael Mallin, chief of staff of the Irish Citizen Army, second in command to James Connolly.

He led the garrison at St Stephen’s Green during the Easter Rising.

When Michael Mallin’s pregnant wife Agnes took Joseph to Kilmainham to see his father before his execution, Michael expressed his wish that his son join the priesthood. 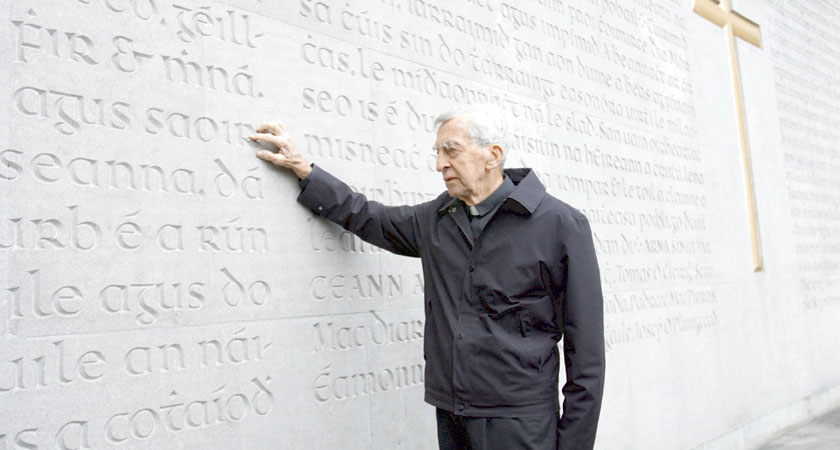 He reportedly requested that “Úna and little Joseph, whom I will never hold in my arms again, are dedicated to the Church. I want them in the service of God for the good of my soul.”

Joseph Mallin, who was two-and-a-half when his father died, went on to become a priest.

He left Ireland for Hong Kong in 1948 to carry out missionary work.

In 2016 he received the Freedom of the City of Dublin in recognition of his life-long missionary and educational work in the service of the people of Hong Kong and Macau.

His sister Úna also fulfilled their father’s wish and became a Loreto nun.