LEO VARADKAR has hit out at the “bonkers” conspiracy theories being promoted by some anti-lockdown protesters in Ireland.

According to The Sunday Times, several of the demonstrators involved in the Dublin city centre riot believe state broadcaster RTÉ is part of a shadowy organisation which kills and harvests babies for something called “adrenochrome” which apparently helps celebrities look young.

Commenting on the crazed theory, Varadkar dismissed those claims as “bonkers” telling Newstalk it is not far from “the kind of QAnon stuff that we’ve seen in America and other parts of the world, which bizarrely gained a certain degree of traction.”

QAnon conspiracy theorists believe former US President Donald Trump is waging a secret war with a cabal of Hollywood A-list paedophiles and Democrats.

The theory has led to several high-profile shootings across the US, with believers attacking family members and, in one instance, laying siege to staff and customers at a restaurant falsely accused of serving as a front for a major pedophile ring.

Conspiracy theories of this kind have been a major talking point in recent months, given the clear QAnon influence over the violence witnessed in the US Capitol back in January.

And while it’s some Varadkar is keen to combat, he’s also wary of the government taking too hardline an approach to combat misinformation.

He said: “I’m reluctant to do anything that would involve infringing free speech but I think there are things that can be done.”

“Certainly, with the online safety commissioner being established, it will be possible to order platforms to take down harmful content that incites harmful content, if they don’t do that already,” Varadkar continued.

“And anything that incites violence in my view is harmful content.

“And I think there’s a responsibility on some of the social platforms as well to do the exact same.

“But often this stuff as you know isn’t hosted on the major platforms that are household names. There are some fringe ones out there as well that aren’t regulated in Ireland.” 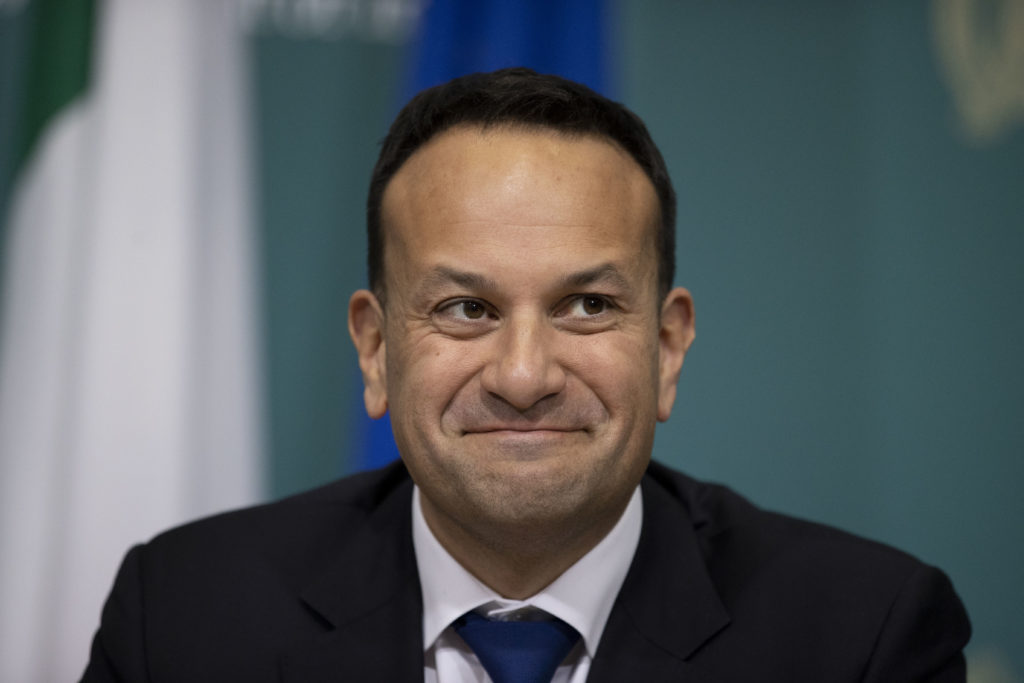 “And there’s no excuse for using that kind of violence to advance a political cause, no matter what that cause is. I think we’re just lucky that somebody didn’t get seriously injured or killed.”

He did, however, reserve some praise for the efforts of the gardai on the day.

“The fact that we saw people being brought to court that very night was a really good example of very swift and very quick policing,” he said.

“But in a pandemic really there shouldn’t be any protests. Gatherings of this nature are not allowed in Level 5 lockdown and while social distance protests are possible, this certainly wasn’t that.”