LIAM GALLAGHER has been forced to cancel a planned gig in Belfast due to injuries sustained after he fell out of a helicopter last week.

The former Oasis frontman was due to play Belsonic in Ormeau Park, Belfast on 24 September, but the gig has now been postponed until June 2022 after the singer 'bust his nose' falling out of a helicopter.

On Friday, Gallagher had finished playing at the Isle of Wight festival when he "fell out the helicopter"-- presumably one that hadn't taken off yet-- and suffered facial injuries.

The next day the musician shared an image of his injuries, joking that it could be the "cover shot" for his next album.

Got the cover shot for Nxt album c’mon you nose LG x pic.twitter.com/0QIXV5djxk

But despite keeping his sense of humour, Gallagher admitted he was "absolutely gutted" yesterday as he announced he had no choice but to cancel the upcoming Belfast gig.

He told fans: "I had an accident after [Isle of Wight] festival and have bust my nose so can't sing.

"The doctors have told me to rest up."

He apologised to everyone who had bought tickets to the gig and reassured them that the show is being rescheduled, adding "I'll make it up to ya". 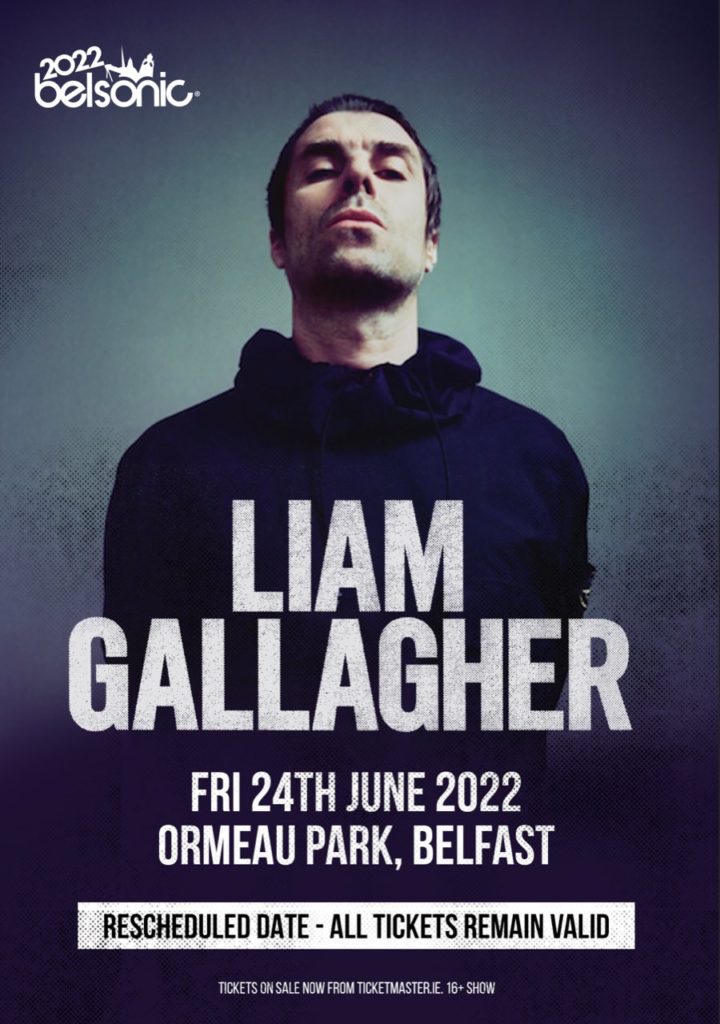 The gig has been rescheduled for June 2022

The second-generation Irishman was injured at the festival--where he was headlining-- on Friday 17 September, with the festival having originally set to take place in June.

Snow Patrol, fronted by Co. Down native Gary Lightbody, headlined on Saturday, while Irish rockers The Script took to the stage on Sunday.

Next month, Gallagher will collaborate with former Verve frontman Richard Ashcroft on an acoustic version of the latter’s song, C'mon People (We're Making It Now)-- should his nose have healed by then.