LIAM NEESON is a man whose influence know no bounds.

An actor, action star and all-round good guy, when he isn’t taking down Donald Trump or showing his support for frontline workers the world over, he’s also found a way to influence a sporting great.

The Irish-American quarter-back was at his evergreen best and was duly named the Most Valuable Player at the final whistle for a record-extending fifth time.

It was a masterful display and one inspired, in part, by Neeson.

In what has become something of a tradition for Brady, the 43-year-old put together a special “pump-up” video ahead of the big game in Tampa. 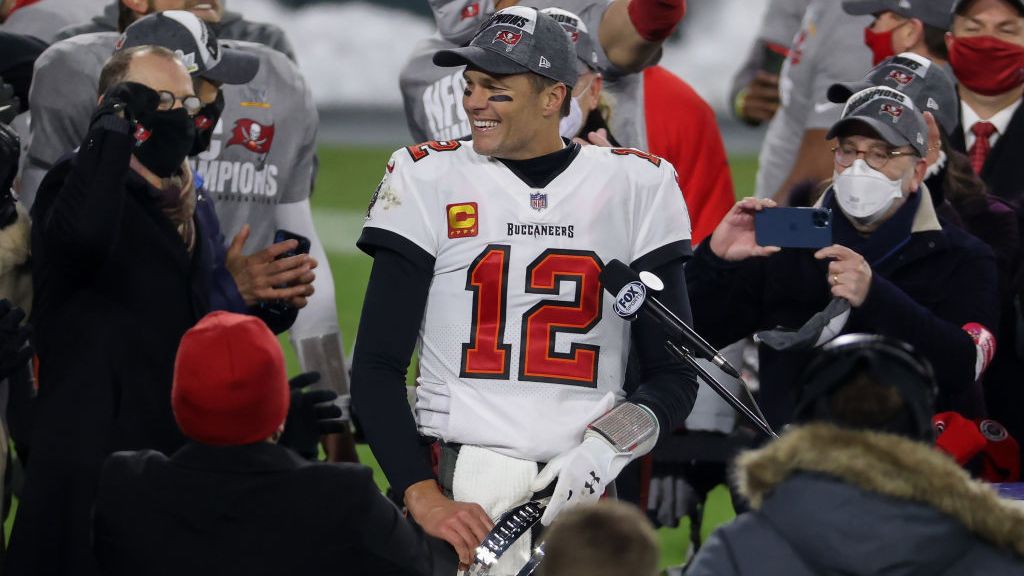 The clip, which was shared just a few hours prior to kick-off, saw Brady narrate a special message to friends, family, fans and, most importantly, himself:

In this journey, there is no final destination.

There is only the next one.

In the pursuit of perfection, the only thing that counts is the journey itself.

And those who give their lives to it, this moment and the focus required to seize it, this fight and the commitment required to face it.

Because there’s no such thing as perfect.

There is only the relentless pursuit of perfection.

That is our cause.

That is what makes us a team.

And that is why we’re still here.

So, once more into the fray. To live and die on this day.

Brady signs off with one final “Let’s go!” to further gee-up his support – and it evidently worked.

Now, some of that message might sound a little familiar to fans of Neeson’s work.

In fact, Brady’s use of the phrase “once more into the fray” is, according to CBS Boston a nod to the underrated action gem The Grey.

Neeson stars as one of a handful of survivors who, after making it out of a dramatic plane crash intact, must traverse a treacherous snowy wasteland while being hunted by giant wolves.

But before he begins the mother of all battles, Neeson’s character speaks the following lines:

Once more into the fray

Into the last good fight I’ll ever know

Live and die on this day

Live and die on this day

Like Neeson, Brady showed a very special set of skills against the Kansas City Chiefs and maybe – just maybe – he has the Northern Irishman to thank for providing a little inspiration.