THE Irish mother of a man who saved his wife’s life by punching a shark in the nose has hailed her “brave” son for his actions.

Anne O’Donoghue’s son Dean Gonsalves was swimming with his wife Frankie off the coast of Ascension Island in the South Atlantic on Friday when a shark attacked.

Frankie suffered a severe injury to her Achilles but an even worse outcome was averted thanks to Dean repeatedly punching the beast, forcing it to flee.

Mum Anne, who is originally from Co. Limerick but moved to London when she was 21, said she is “extremely proud” of her son.

“I am just thankful that he saved Frankie,” she told the Limerick Leader.

“He would do anything for her. He is very strong and very kind. I couldn’t ask for a better son.

“He is a hero but I was proud of him before he did this. Dean is definitely making the news. It is on all the papers over here.”

Due to the remote location of Ascension Ireland – 1,150 miles of the west coast of Africa – Anne hasn’t yet been able to speak to Dean yet. 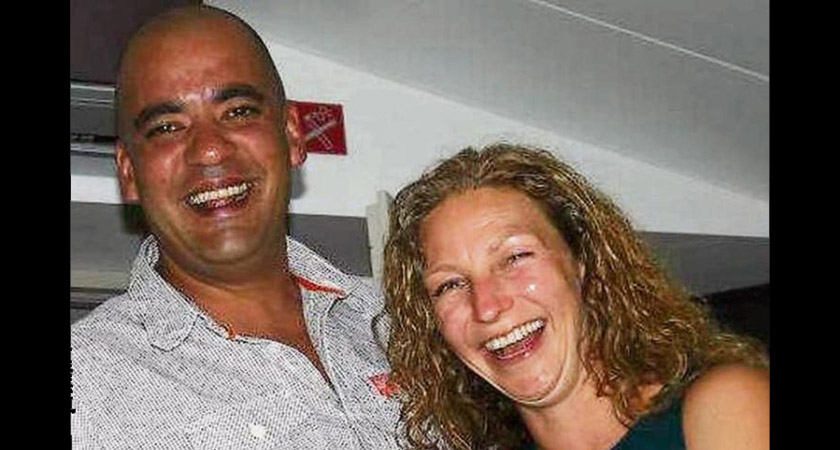 The 40-year-old, who grew up in London, is understood to be flying home next Sunday.

His wife Frankie is to be airlifted back to Britain for further treatment after being taken to a local hospital on the island. The full extent of her injuries is yet to be determined.

“Dean has to go on a boat to get to Cape Verde with the two children and then he gets a flight from there on Sunday.

"Frankie doesn’t arrive in until Wednesday. She has had an operation on her leg but she will have to have skin grafts,” said Ms O'Donoghaue.

Dean’s wife Frankie was employed as a social worker by the government of St Helena, who said in a statement: “SHG can confirm that a member of staff has been involved in an incident on Ascension Island.

“The person concerned was swimming near the shore and her injuries were attended to at the George Town Hospital.”

The government added that an emergency aero-medical flight to transport the patient from Ascension Island to receive medical treatment back in Britain had been arranged.

The St Helena government has warned swimmers that they take to the sea at their own risk.

Its website lists the ominous warning: “Don a mask and snorkel and paddle around. The numerous ‘black fish’ are very inquisitive but harmless.

"You don’t want to be in the water though if someone decided to throw a morsel of food in.”