The partnership, which formalises a long-standing relationship between the two organisations, will see the expertise of the coaching and support staff at London Irish and the results of the university’s extensive research projects being shared to enable the development of elite athlete and coaching education.

The relationship also includes joint use of both organisations’ top class training facilities.

Students at the university currently take part in the Gold Medal Internship Programme at London Irish.

The internships see students benefiting from placements in the club’s Strength and Conditioning, Analytics and Medical departments, with many progressing to successful long-term careers in sport, including at London Irish itself.

Alongside the continuing internship programme, the partnership will also aid the development of shared coaching development to develop the best possible programmes for elite athletes. 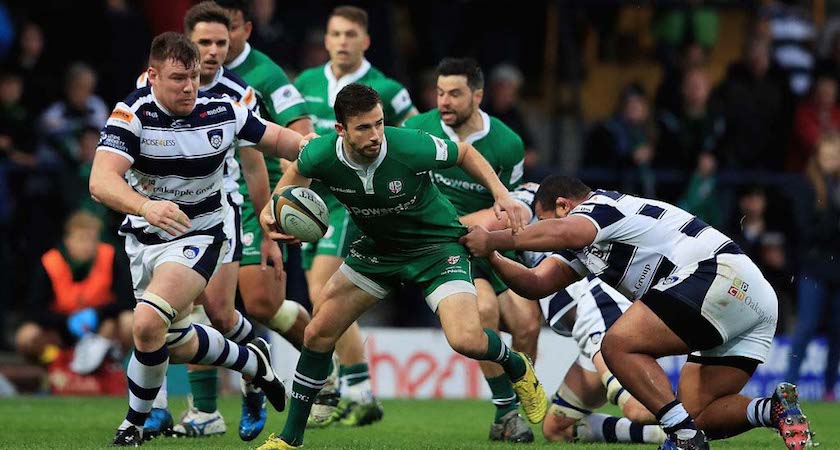 Tommy Bell of London Irish breaks clear of the Leeds defence during the Greene King IPA Championship Final against Leeds Carnegie at Headingley Carnegie Stadium on May 17. (Picture by Matthew Lewis/Getty Images)

London Irish Academy coaches will also become part of the St Mary's University rugby coaching team to help St Mary’s achieve their ambitions to grow and participate at the top of the university league.

The university will work alongside the club’s tailored personal development programmes for London Irish players to enable them to develop as players and work towards a career after rugby.

These programmes will also aid the development of the university’s offerings to potential students.

London Irish Academy Plus players will have the opportunity to continue their education through St Mary’s while retaining strong links with the club and gaining the opportunity to develop their skills on the field by playing in the university league.

With a reputation for academic excellence, the university has also produced some of the finest British athletes with representatives at the 2012 and 2016 Olympic and Paralympic Games including Mo Farah, Joshua Buatsi, David Weir and Karen Bennett.

The university was also a training base for a number of national teams during the 2015 Rugby World Cup.

"As a club, we are delighted to have agreed an official partnership between London Irish and St Mary’s University, an organisation that we have built a strong relationship with over the years,” said Bob Casey, Chief Executive London Irish.

“A number of coaches and support staff at London Irish have graduated from the university and this partnership will significantly benefit both the club and St Mary’s in the long-term.”

The Irish Post is proud to be the Official Media Partner to London Irish RFC.