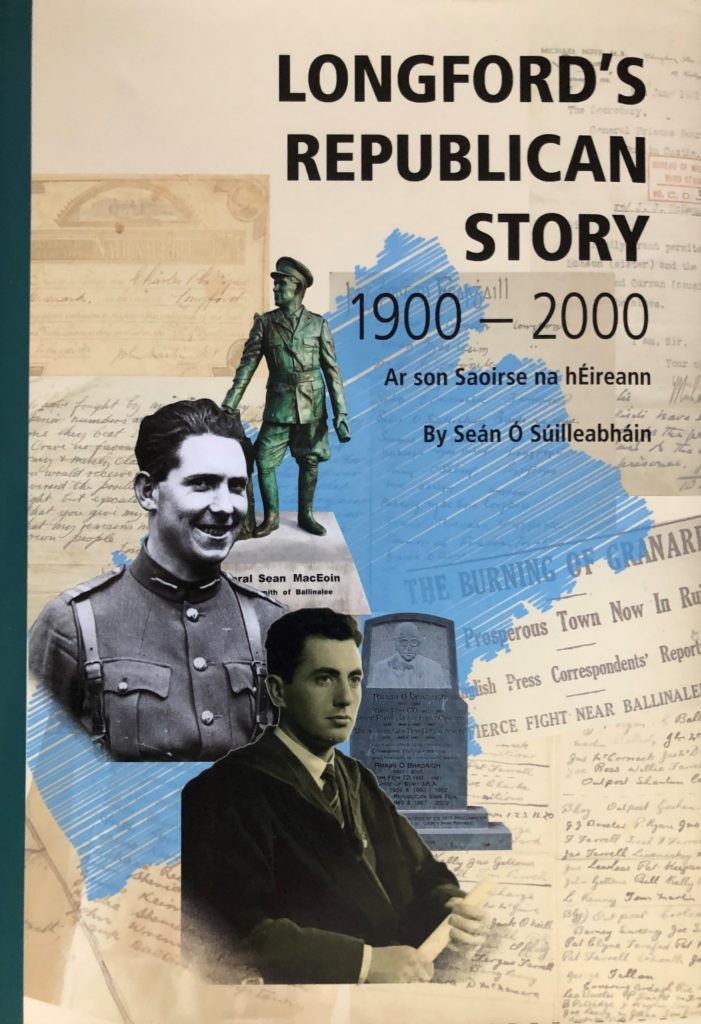 Gerard Cassini looks at a new book by Seán Ó Súilleabháin tracing the county of Longford’s story of rebellion from 1900 -2000, possibly the most extensive book ever written on the republican struggle in any of Ireland’s counties.

During the War of Independence, Longford was one of the most successful counties in taking the fight to the British, despite being the second smallest of the thirty-two counties, in terms of population. Longford’s Republican Story 1900 -2000 has, quite correctly, been hailed as a unique and imortant historical document. The book tells the story of all aspects of the conflict in the county, from nationalism to unionism and also documents episodes involving the Orange Order locally.

This book is ground-breaking in that it relates the story of resistance to British occupation, in so far as it involved Longford men and women, through the entire century right up to the Good Friday Agreement of 1998.

Some of the key figures and topics featured in the book include:

The IRA in Longford were led in the War of Independence by General Seán Mac Eoin, known as The Blacksmith of Ballinalee. Mac Eoin is considered, along with Tom Barry and Dan Breen, one of the greatest IRA leaders of that time. The book recalls some incredibly daring exploits by Mac Eoin, such as the defence of his home village of Ballinalee in November 1920, when he and three others were confronted with eleven lorry loads of Tans and Auxiliaries, numbering around one-hundred men. After a fierce battle in wind and rain, the Tans withdrew. British reports claimed that “Crown forces engaged at least 300 men”.

Amazingly, the Chief of Staff of the British Army at that time, Sir Henry Wilson, was also born and reared in Ballinalee. Just one hundred years ago, on June 22, 1922, Sir Henry Wilson was shot dead at his home at 36 Eaton Place, London, by two English-born IRA men, Reginald Dunne and Joseph O’Sullivan. These men were convicted of Wilson’s killing and executed in Wandsworth Jail in August of 1922. 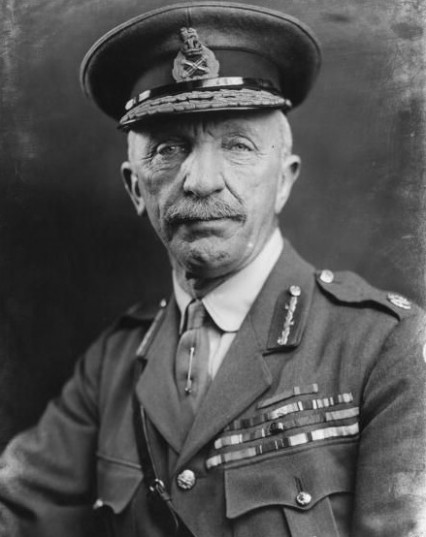 One of the most interesting aspects of the book are the lists of IRA men, parish by parish, who were members during the War of Independence. 3,230 IRA men and 969 Cumann na mBan are listed. Most Longford families will see names of relatives who were in the IRA or Cumann na mBan at that time.

If Seán Mac Eoin was the most significant Longford man in the War of Independence period, Ruairí Ó Brádaigh was the key Longford-born figure in the period of The Troubles of the mid to late 20th centures. Ruairí was central to the split in the Republican Movement which led to the birth of the Provisional IRA in 1970 and he was President of Sinn Féin from 1970–1984.

The H-Blocks crisis of 1980-1981 brought the issue of the Troubles centre stage to Longford. Martin Hurson from Tyrone, stood as a candidate in the 1981 general election in the Longford Westmeath constituency. Martin subsequently died on hunger strike. Monuments to his memory stand in Edgeworthstown and Lanesboro.

Three Chiefs of Staff from Longford

There are many episodes in the book with English and London connections. In the 1920’s, Fr Pat McCormack, a native of Longford but based in Birmingham, acquired guns and ammunition for the Longford IRA. In the late 1930s, a number of Longford men participated in the ill-fated bombing campaign in England. London-based men like Jim Curran and Pat Reynolds pursued Irish political issues over the past forty years and Jim Curran was centrally involved in starting the campaign to prove the innocence of the Birmingham Six.

How to order a copy of the book

email the author at [email protected]