FOOTBALL favourite Niall Quinn revealed the highs and lows of his career and the will to succeed that has always driven him at an Irish Post networking event held last night.

The former Arsenal, Man City and Sunderland striker, who was capped 92 times for Ireland, told those gathered in London’s Walkie Talkie building that his successful sporting career was not all down to talent – claiming luck had a part to play too.

“I want to talk about the importance of luck,” the Dubliner said, “as talent only brings you to a certain place.”

“I had a trial at Fulham at 15 and while I was there [the manager] Malcolm McDonald said to me 'while there is a hole in your backside you will never make it as a footballer'.

“So that was my start at 15. I got back on the plane [to Ireland] and played hurling, played Gaelic football and only played soccer when the other matches were not on,” he explained.

“I didn’t really take it serious, but I got to a schools’ final.

“The Arsenal scout came to that match that day, to see a guy on the other team, but I had a great game in the final.

“A week later I’m at trials for Arsenal…twenty months later I was wearing Malcolm McDonald’s number nine Arsenal jersey on my back.

“To me, at this junction in my life, I know that was the greatest moment.

“And I still look back at it now – I never met [McDonald] afterwards, but [what he said] was the drive for me.

“Where did the luck come in? Well, obviously, I had been scouted when somebody else was meant to be there,” he added. 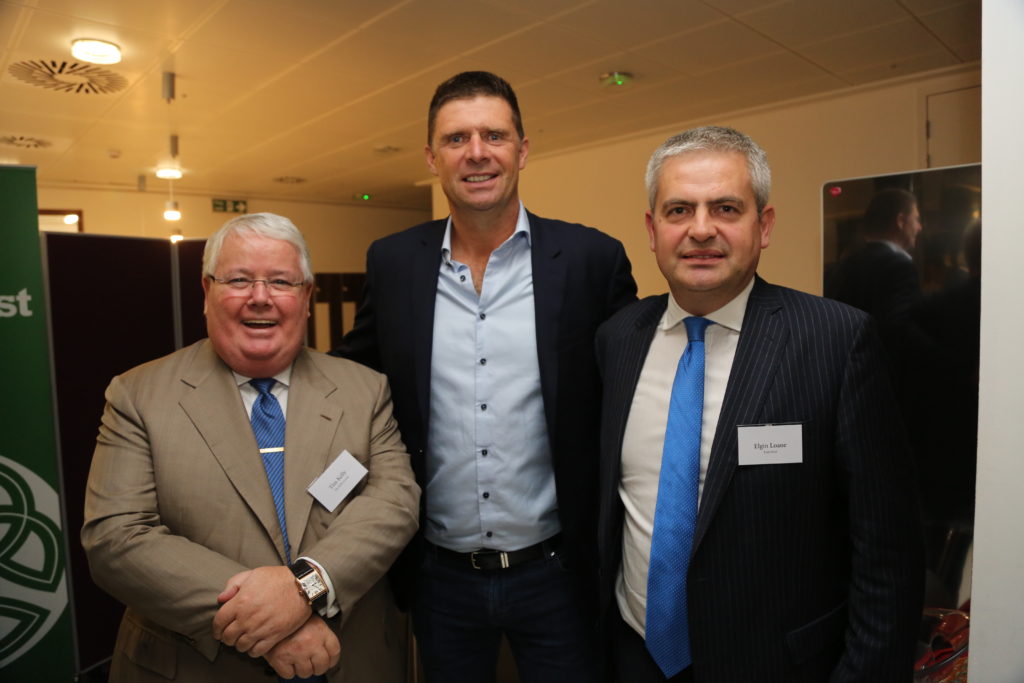 From that point Quinn embarked on an illustrious sporting career in England, which put him firmly among the Irish community in London.

It is a period he has fond memories of he told those gathered for the Irish Post's Drinks in the City event, which was held at the DWF offices at 20 Fenchurch Street and sponsored by DRS Bond Management.

“For three years I was on the bench at Arsenal, I was known as the judge,” he joked.

“But I was very fortunate to get to come to Arsenal and to mix with the Irish community in London, which is a great part of my journey.”

He explained: “I had a football career here, which meant hanging out with footballers, but luckily the Irish community were there for me too, to rescue me.”

Quinn’s football career also included a very significant period of time playing for his national team during Jack Charlton’s golden era - where Ireland made their way to the World Cup for the very first time in 1990.

“To get to the World Cup with Ireland was just the most incredible thing – we had never been before, it was the impossible dream,” the soccer star admits.

However their 1990 campaign came to a crushing end when they were knocked out by Italy in the quarter finals.

“The biggest game any of us had ever played, was the quarter final against Italy,” Quinn explained.

“When we were knocked out it was the end of an amazing run. 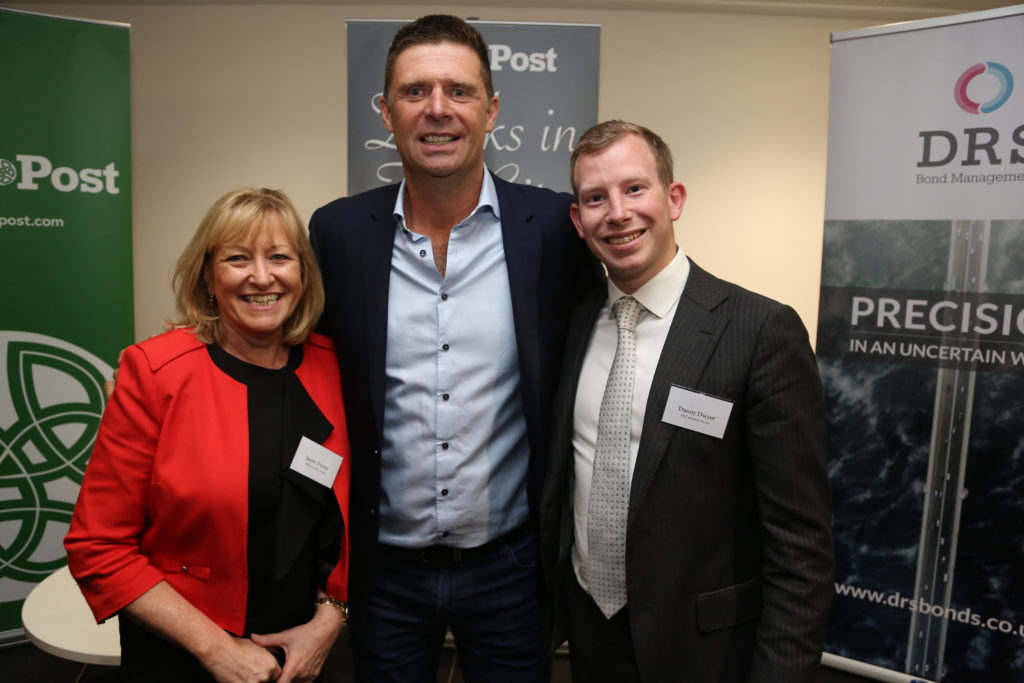 Keynote speaker Niall Quinn with Jane and Danny Dwyer from Phd Modular Access, guests at the Irish Post's Drinks in the City event

Quinn’s sporting career continued all the same, and eventually saw him become the Chairman of Sunderland FC, with a little help from the Irish community in Britain that he had first met all those years ago.

“A group of Irish people backed me to go in and buy Sunderland in 2006,” he explained.

“We were called the Drumaville Consortium and among them the great Patsy Byrne from Byrne Brothers.

“Patsy was the leader of that, supporting my vision for Sunderland.”

At first the former footballer became the Manager and Chairman of the team, but after losing four consecutive games he decided to draft in fellow former Ireland player Roy Keane, who would turn their fortunes around dramatically.

“Roy came and everything was glorious,” Quinn explained.

“He took over the team and we went on this incredible run – he did something I didn’t know was possible, he didn’t just bring Man United into our dressing room he brought Man United and that winning mentality to Sunderland.

“He got the people to believe, he drove people from the point of view of the standards he was demanding. The frame of mind he was in was everybody has to come to this level and it started to happen.”

Quinn admits that his time as Chairman of Sunderland – a position he stepped down from in 2012 - was his first big business deal, but it was not to be his last.

He has since set up a tech company and claims his newfound understanding of the business world is the perfect antidote to his retirement from the football arena. 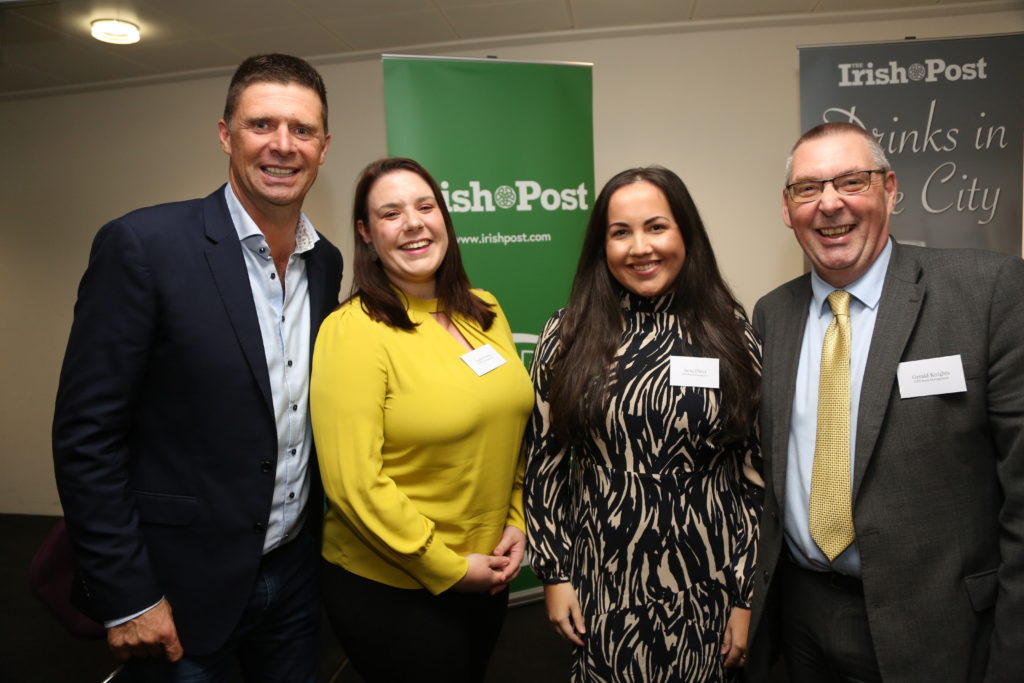 The event was sponsored by DRS Bond Management

“Now I didn’t run off and marry an 18-year-old, I stayed with my wife,” he added, “but I gave up football and started a tech company and it has been the most exhilarating, brilliant thing I have ever done in my life.”

He added: “Now I really understand hard work and what effort people put in in business. Suddenly I am in it and you have to make it work. And it is a brilliant, brilliant way to be.

“It also means that I don’t have the problems other footballers have who aren’t ready for their retirement.

“What my Sky Sports [pundit] job and other things weren’t doing for me the tech company is because people depend on me.

“And although I know nothing about tech, I brought the money in, I’ve got some customers for us and I can talk the talk at times.

“But I understand more now than I ever did about what people do and how brave people are to go out there in the world and put it on the line - put your careers on the line, put your futures on the line - and I am a huge admirer.” 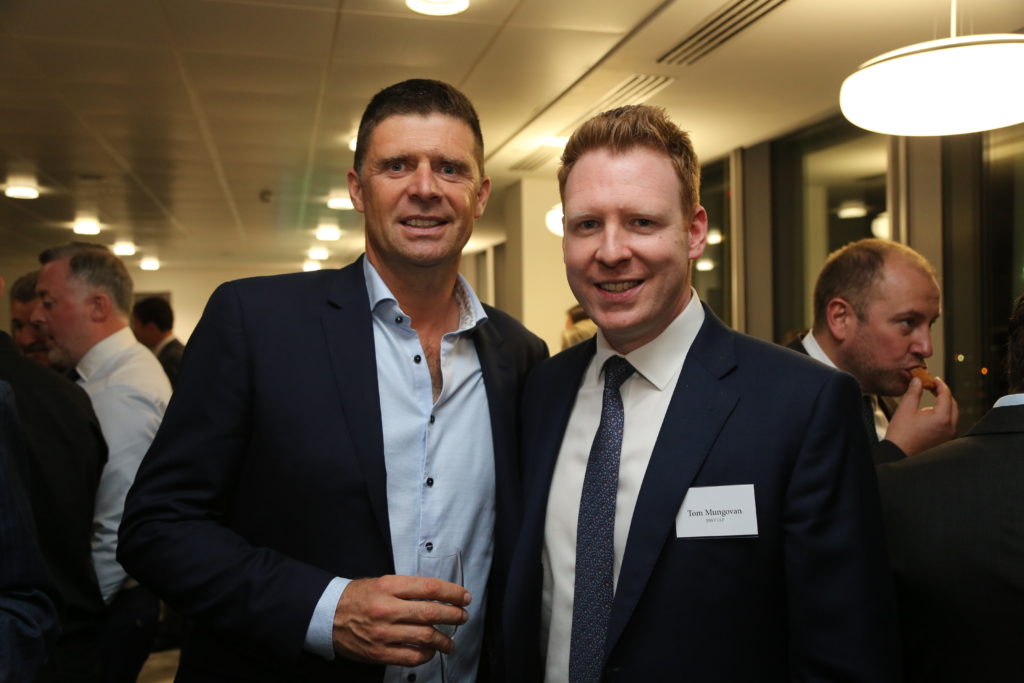 Sportsman Niall Quinn with Tom Mongovan of DWF, who hosted the event at their Fenchurch Street offices

While claiming he didn’t have any “great advice” for his audience, he did offer some suggestions for the business people in the room last night before wrapping up his talk.

“The only thing I would say to you is follow your dreams and believe it will happen because it will,” he said, “that bit of luck will drop into place.”

“Trust yourselves, believe in yourselves and never be afraid to do something that other people think you won’t be able to – because that makes it twice as sweet when you do it.”