Mary Lou McDonald: 'I may well be the next Taoiseach'

SINN FÉIN leader Mary Lou McDonald has confidently suggested that she just might be the country's next leader following her party's excellent election results.

She made the comments while speaking to reporters in Dublin on Monday afternoon and, understandably, had a wry smile as she spoke.

Sinn Féin secured 37 seats, one fewer that Fianna Fáil and two more than Fine Gael in what was an emphatic victory for Ireland's supposed 'third party'.

The 33rd Dáil will resume in nine days' time, and McDonald clearly feels she's got a good chance of replacing Leo Varadkar.

"I may well be the next Taoiseach, yes," she told reporters triumphantly.

She added: "I think it would be a mighty thing to have a Sinn Féin Taoiseach and also a woman perhaps in the job but you might say 'she would say that wouldn’t she?'" 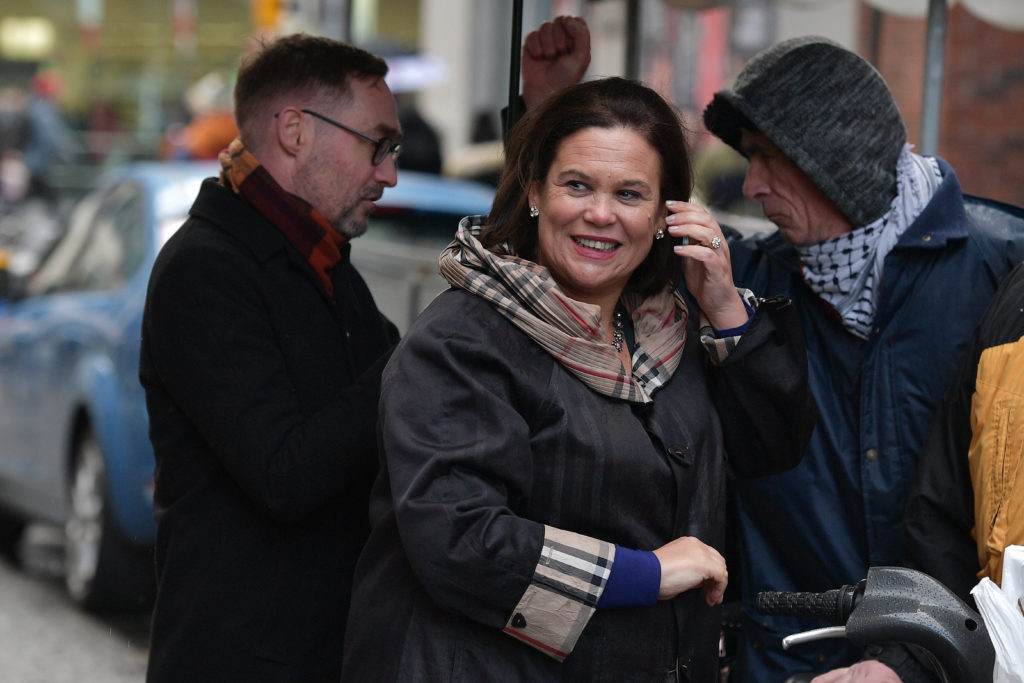 The parties will now be locked in negotiations in order to work out how to get to the magic number of 80 for a Dáil majority, but with the three major players all holding roughly the same amount of seats, just what the next Dáil will look like is anyone's guess at the moment.

On Sunday, Leo Varadkar reiterated his earlier claim that Fine Gael would not do a deal with Sinn Féin, making a partnership between himself and McDonald extremely unlikely, and while Fianna Fail's Michael Martin also initially suggested he wouldn't want to jump in bed with Sinn Féin, it now appears he's warming to the idea.

Despite the fact that Sinn Féin won the popular vote in the country, a deal between Fine Gael and Fianna Fail could see them excluded from government, something McDonald feels would go against the public's "appetite for change."

"Sinn Fein won the election, we won the popular vote, we’ve recorded a historic victory for our party but the election is much more than that," she said.

"The election is about a real appetite for political change, and that means a change in government."

McDonald added that her preference would be to form a government without either Fine Gael and Fianna Fail, and admitted that discussions with the Green Party, Social Democrats, People Before Profit and the Labour Party were already underway.

Ireland election: A 'rotating Taoiseach' is being considered - but how exactly would it work?