MAUREEN SWEENEY may look like your ordinary pensioner, but this retired Irish postmistress played an extraordinary role in the timing of the D-Day landings 75 years ago – saving the lives of thousands of Allied troops in the process.

On June 3, 1944 – the night of her 21st birthday – Maureen was taking pressure and temperature readings at Blacksod weather station in a remote area of Co. Mayo on Ireland's west coast, as she often did in her role as a post office assistant.

Although unaware of the significance of her work at the time, Maureen had played a vital role in pinpointing the short window of opportunity Eisenhower had to turn the tide of World War II against Adolf Hitler's Nazi regime.

The 96-year-old's previously unknown contribution to the successful amphibious landings of June 6, 1944 is detailed in a new RTÉ documentary, Storm Front in Mayo – The Story of the D-Day Forecast, which airs tonight.

Although Ireland was neutral in the war, the programme sheds light on how Taoiseach Éamon de Valera sanctioned the passing of weather data to the Allies.

The readings from Co. Mayo were crucial as they were the first indication of weather coming across the Atlantic 48 hours in advance.

General Eisenhower had planned D-Day for June 5, but it was delayed until the following day after Maureen reported a dramatic drop in pressure which would have spelled disaster for the 160,000 Allied soldiers in their efforts to storm the beaches of northwestern France.

In the documentary, Maureen examines her handwritten notes and says: "They're my figures. The 3rd of June was my birthday.

"I'm very, very happy about it, that we did give the right readings. I felt proud that it was from Blacksod."

Ger Fleming, one of Ireland's best known weather forecaster, reveals how Maureen took down her readings at 1am.

"She's out on her 21st birthday, at one in the morning, doing a weather observation and what does she spot? A change in pressure," he said.

"The pressure falling away was the red flag." 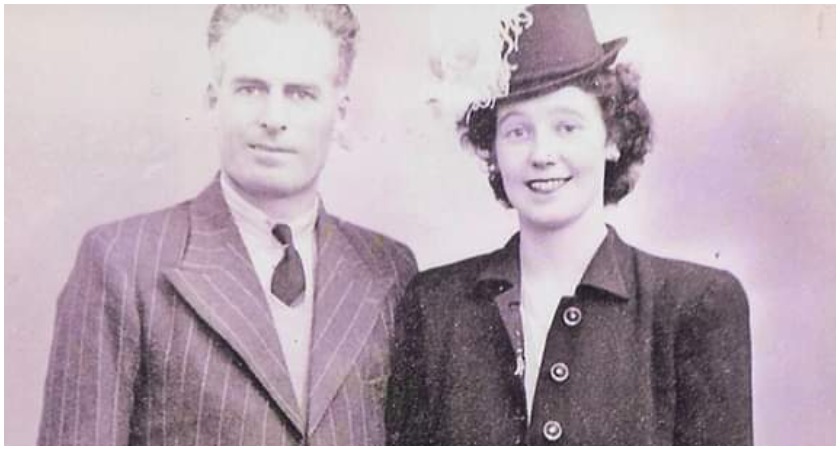 Maureen Sweeney with her late husband Ted, who was the lighthouse keeper in Blacksod, Co. Mayo

D-Day veteran Joe Cattini, also 96, said the 160,000 men who landed in Normandy on June 6 owed a debt of gratitude to Maureen.

"If it hadn't been for her reading of the weather, we would have perished in the storms," he said.

Maureen told the documentary how she answered an ad for a post office assistant at Blacksod, but realised only when she arrived that her duties included carrying out weather observations for the UK's Met Office.

"It was only every six hours pre-war, but then they found out our weather reports in Blacksod were the first indication of good or bad weather coming in from the Atlantic and they made it hourly. You would have only one finished when it was time to do another."

Maureen sent her data to Ballina, Co. Mayo, where it was then sent to the UK meteorological office near London via Dublin.

Looking back, Maureen said she had no idea in June 1944 that her readings halted the invasion.

"Poor old Eisenhower. He was commander in chief. All the proposals had to go through him," she added.

"He had the whole world, I suppose, to consider."

Storm Front in Mayo – The Story of the D Day Forecast airs on Thursday, June 6 at 10.15pm on RTÉ One