AN IRISH gay rights activist has applauded former Irish President Mary McAleese for criticising the Catholic Church over its attitude towards homosexuality and gay priests.

London-based Joseph Healy said he blames the Church’s attitude for forcing scores of gay Irish people to live in “isolation” after they arrived to Britain.

The Dubliner also holds the Church directly responsible for the suicides of those who felt they had nowhere to go.

“The Church’s views of homosexuality were deeply alienating for gay people like me who came to Britain in the 1980s” explained Mr Healy.

“We felt like we had to avoid all the traditional Irish organisations because they were very Church-dominated and tied to everything we left Ireland to get away from.

“We thought we would not be welcome in that kind of environment. That meant people were even more isolated and a number of them committed suicide or ended up in quite a bad way in terms of drink and alcohol.”

Mr Healy, who helped set up the LGBT group at London-Irish charity Mind Yourself, welcomed criticism of the Church’s stance on homosexuality by Mary McAleese.

“This is a further sign that the tectonic plates are shifting,” he added.

Speaking to a Scottish newspaper, Mrs McAleese said “a very large number” of Catholic priests are gay and called on disgraced cardinal Keith O’Brien to tell his story.

"I don't like my church's attitude to gay people. I don't like 'love the sinner, hate the sin'. If you are the so-called sinner, who likes to be called that?" the Belfast woman told the Glasgow-based Herald.

Mrs McAleese said the Church is in denial about the issue of gay priests, which she said “isn’t so much the elephant in the room but a herd of elephants”.

Her comments have been welcomed by gay rights activists and some members of the Church.

Father Tony Flannery, the founder Ireland’s Association of Catholic Priests, said he was “very happy” with the former President’s remarks.

Stating that “the percentage of priest who are of homosexual orientation has undoubtedly increased” in the last decade, he added: “Some of my best friends in the priesthood are homosexual.” 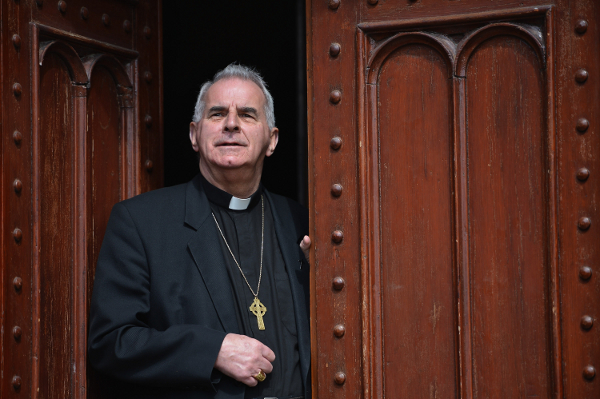 Disgraced cardinal Keith O'Brien resigned his position as Archbishop of St Andrews and Edinburgh in 2013 before admitting "there have been times that my sexual conduct has fallen below the standards expected of me as a priest, archbishop and cardinal"

The former Archbishop of St Andrews and Edinburgh was forced to resign his position as the most senior Catholic in Britain after admitting he had homosexual relationships with other priests.

"I would have thought Cardinal Keith O'Brien, in telling the story of his life – if he was willing to do that – could have been of great assistance to gay people, not just in the Church but elsewhere, who felt over many, many years constrained to pretend to be heterosexual while at the same time acting a different life," she said.

The two-term President’s remarks were made before a lecture at the Royal Society of Edinburgh in December. But they were not reported until appearing in the Herald this week.

Mrs McAleese, who moved to Rome in 2011 to study canon law at the Vatican’s most distinguished university, also accused the previous Pope of being out-of-touch with modern views and of contradicting himself when speaking about homosexuality.

“Things written by [Pope] Benedict, for example, were completely contradictory to modern science and to modern understanding, and to the understanding of most Catholics nowadays in relation to homosexuality,” she explained.

“Mary McAleese continues to be a wonderful advocate for lesbian and gay people out of office just as she was as president,” said Kieran Rose, GLEN’s chair.

“The comments by the former president will send a profoundly positive message to all lesbian and gay people.”