AN 11-YEAR-OLD boy has credited his Christian faith and love of comic book movies for saving his life after he was impaled by a 12-inch meat skewer.

Xavier Cunningham’s miraculous recovery came after an accident that saw him fall from a treehouse, landing on a BBQ stake in the process.

Despite being impaled by the meat skewer, Xavier was able to stay calm while his mum rushed him to hospital.

Five months on from the horrific accident, he’s made a full recovery with barely any scars visible where the skewer once penetrated his skull.

While the doctors that helped and operated on Xavier have won been praised for their efforts, the medical professionals involved were keen to commend Xavier for resisting the temptation to pull out the skewer – something that could have caused brain damage or even death. 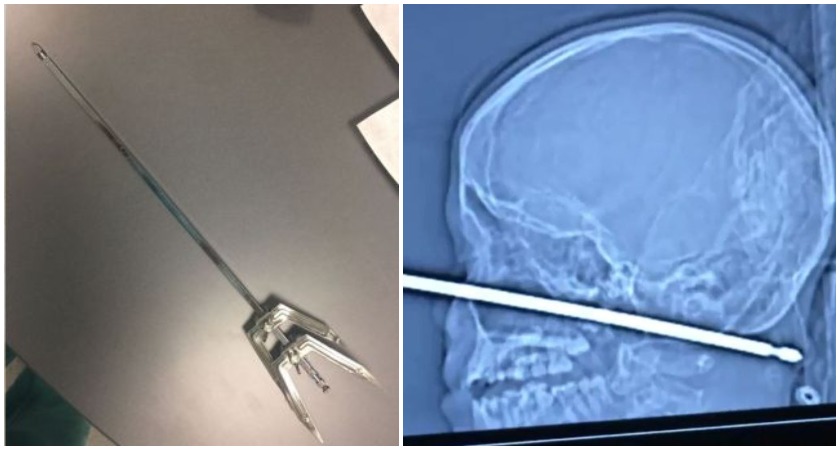 Xavier is taking none of the credit though, instead attributing his smart reaction to two superheroes in his life.

"I watched 'Black Panther,'"  he explained to CBN News.

The avid Marvel fans is referencing a scene in the Black Panter movie where – SPOILER ALERT – Michael B. Jordan’s character is stabbed.

He also credited Jesus for his miracle recovery, noting that he "gave His life for us and after this, it's just like He really truly is the God almighty."

The story has become known as the "Missouri miracle," with one Saturday in October now officially known as "Xavier Cunningham Miracle Day."