Met Eireann confirms snow WILL fall in Ireland this weekend

IRELAND IS bracing itself for snow after Met Eireann confirmed parts of the country will wake to blankets of white this coming Sunday, December 15.

The national forecaster is predicting “raw and very frosty” conditions for much of the country with showers turning “increasingly wintry” on Saturday evening.

Brisk winds will be joined by temperatures as low as -3C.

"Saturday will be very cold with an added wind factor, owing to brisk westerly winds.

"Highs of only 3 to 6 degrees. Overnight lows of 0 to -3 degrees, with lighter winds, at least for a time."

Sunday will bring frosty and icy conditions along with wintry showers while snow is expected to fall across several regions of the country with temperatures remaining around -3C.

The forecaster said: "Some lying snow to begin, mainly across parts of the west and the north midlands.

"Frost and ice in parts too. Scattered wintry showers during the day, but winter sunshine at times too.

"Another very cold day, in westerly breezes, with highs of only 3 to 7 degrees.

"Breezy at times across the southern half of Ireland. Temperatures will widely fall back to -3C after-dark." 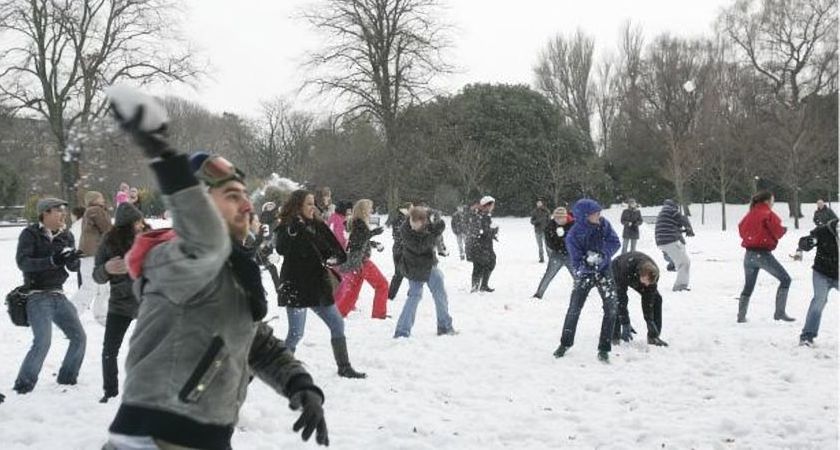 News of imminent snowfall in Ireland will spark fresh hopes the country could be set for a White Christmas with Met Eireann yet to offer a projection for December 25.

In the meantime, the national weather service is warning of possible hail and thunder for the remainder of the working week along with heavy showers temperatures peaking around 9C.