MIKE PENCE is reportedly considering invoking the 25th Amendment to remove president Trump from office, according to the Independent.

It's understood that House Speaker Nancy Pelosi is looking to call on the vice president to aid in the impeachment of Donald Trump.

Pelosi confirmed on Sunday night that the House will proceed with legislation to do so in the coming days.

She said the House will act with solemnity but also with urgency in a bid to remove Trump from office, despite the fact that there's only nine days to go before Joe Biden's inauguration.

"In protecting our Constitution and our Democracy, we will act with urgency, because this President represents an imminent threat to both," Pelosi wrote in a letter to her colleagues yesterday.

"The horror of the ongoing assault on our democracy perpetrated by this President is intensified and so is the immediate need for action." 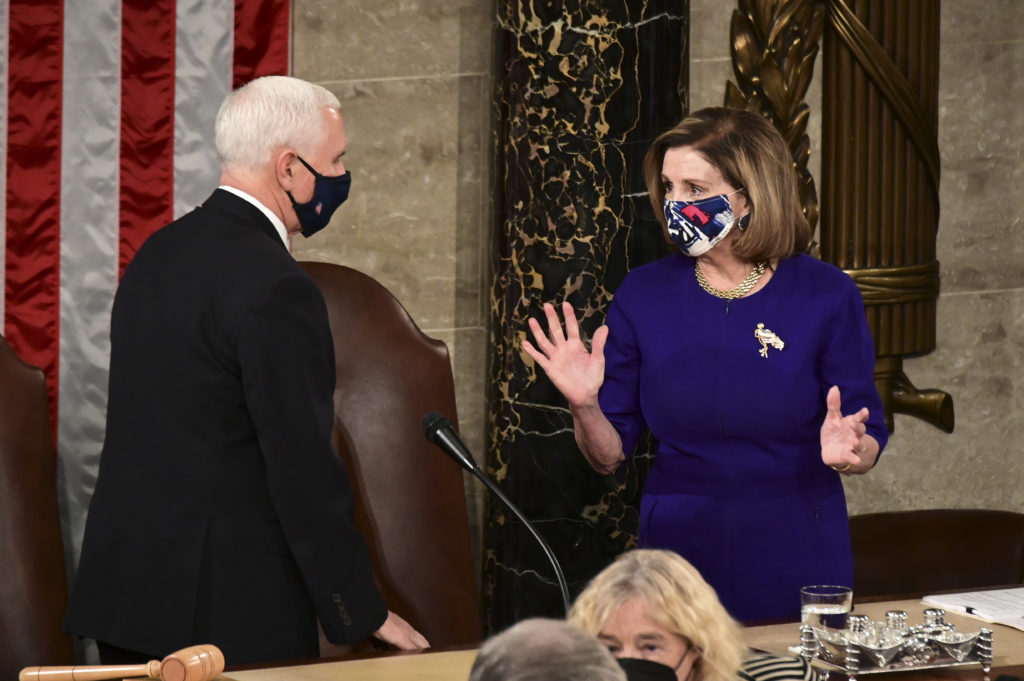 The 25th Amendment is setup to transfer power from the president to the vice president, if the president dies, resigns or is deemed unfit to continue in his role as Commander-in-Chief.

It can be invoked if the vice president and a majority of the cabinet determine the president is "unable to discharge the powers and duties" of the office.

If the president opposes, Congress can order the transfer of power with a two-thirds vote in both chambers - the Senate and the House of Representatives.

Should it be invoked, Mr Pence would be acting president until January 20 when Mr Biden is officially inaugurated.

Today, House leaders will work to swiftly pass legislation to begin the process. If it is blocked by the Republicans, which is almost certain, then the House will convene for a full House vote on Tuesday.