IT'S BEEN a busy 24 hours in the world of football, with the transfer deadline having closed in England at 6pm on Tuesday and midnight in Scotland. Massive signings and even bigger wages were added to the books all over the place, but unfortunately it wasn’t too wild on deadline day at Celtic Park.

After months of speculation, it was no surprise to the Celtic support to see Southampton put in a serious bid for Dutch defender Virgil van Dijk. Two weeks ago I spoke about his fee and just how much Celtic should be expecting for the 24-year-old. Celtic seemed to have stood firm on their demands which saw them pocket a fee reported to be around £11.5million, with many media outlets speculating it could rise to as much as £13m.

Van Dijk, who joined Celtic from Dutch side Groningen in June 2013, signed a five-year deal with the Premier League side and spoke highly of Celtic on his departure. He told Celtic’s official website how he enjoyed his time with the Bhoys, saying: "I would like to thank all the Celtic fans for the magnificent support they have given me during my time at the club. Celtic is a brilliant football club; it will always be in my heart and I will always be a Celtic supporter myself.”

News of that money in the bank saw fans online speculate a last minute wonder signing. I tweeted about my memories of last minute signings like Craig Bellamy. Yes, it was only on loan, but the hype which surrounded his arrival was something we all would have loved to see at Celtic Park late last night. 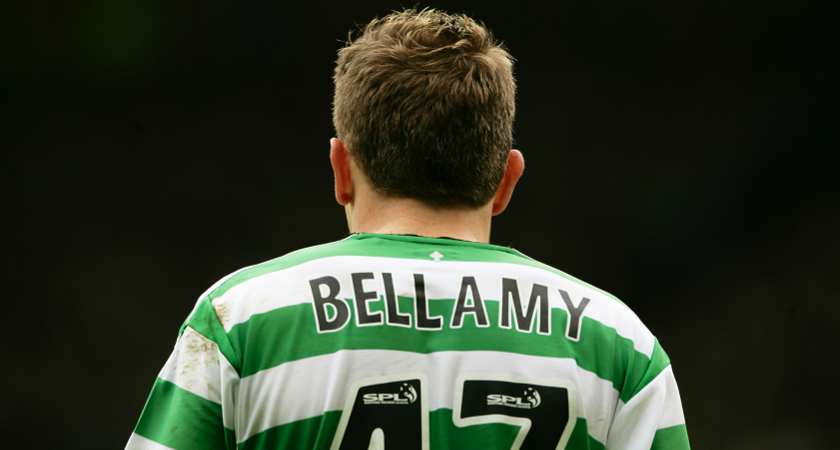 Craig Bellamy arrived at Parkhead on deadline day in January 2005 [Picture: Getty]
Unfortunately it wasn’t to be. Celtic did, however, beat the Europa League deadline to complete the £3million signing of Croatian defender Jozo Simunovic from Dinamo Zagreb. The signing feels like an added bonus to the Bhoys. Deadline day also saw the signing of lifelong fan Ryan Christie from Inverness.

The midfielder arrived at Celtic Park clearly delighted. His signature cost Celtic £500,000 but the 20-year-old will immediately head back on loan to Inverness for the remainer of the season with the option of Celtic adding him to their squad after Christmas. I have to say, hearing Ryan speak of his delight at signing for Celtic was refreshing.

He said: “I have said to my dad and my friends that Celtic was my dream club and my dream move since I was a young boy. There were rumours of a few other clubs, but when you hear a team like Celtic have come in, that’s it.

“They are an incredible team with an incredible fan base. Just to be able to say I’ve played for Celtic in part of my career will be a huge thing.”

Celtic also saw striker Stefan Scepovic head out on a season long loan to Spanish La Liga side Getafe. The Serbian striker has failed to impress and has struggled to fit into the first team since signing. There was also rumours that Dubliner Anthony Stokes would make a move to Neil Lennon's Bolton before the window shut, but talks were unsuccessful.

So where does all this leave Celtic? Well, with money in the bank, that much is certain, but fans were clearly disappointed yesterday evening as we once again saw the apparent downsizing of Celtic which has been evident over the last few seasons.

Meanwhile, last weekend Celtic moved to the top of the league with a 3-1 win over St Johnstone. The topic of conversation though was more about the banner unfurled by the Green Brigade just before kick-off. It read “Gutless in Malmo, clueless in the boardroom.”

It sent social media into a debate of who was right and who was wrong; who is more of a fan and who isn’t? Personally, I see no issue in the banner or with Celtic supporters giving their verdict on the club’s early Champions League exit.

Were Celtic gutless in Malmo? Yes. Are the board clueless? Well, many would say this transfer window proves just that.

Although many disagree with how the Green Brigade get their message and views out there, you would want to have a really strong case to disagree with the subject matter.

A mutual respect within the support is what is needed. Granted, some were not happy with the display, but what people forget to comment on is that after the banner was taken down the Green Brigade got behind the side for the next 90 minutes.

There are many sides to the argument. If you view Celtic as a business, which many of the suits do, then it’s a very successful model. My issue here is for all the money the club have taken in over the years with the selling on of key players, we have failed to replace them adequately.

Time will tell exactly how these new players all gel together, but I’m really excited about the signing of Ryan Christie in particular and I think, given time, he will be a fantastic signing for the Hoops.

The January window has the potential for some more signings with the Van Dijk money. The question is, will Peter Lawwell get the chequebook out?