A MANCHESTER Irishman who narrowly escaped the clutches of Myra Hindley and Ian Brady is still haunted by the close encounter which could have cost him his life.

At the tender age of seven, Tommy Rattigan was accosted by the Moors murderers while out playing near his home in Hulme.

Born in Athlone, he was one of 13 siblings who moved to Manchester with their parents in 1960.

They lived in a cramped council house in an area he describes as “the city’s Victorian slums”.

Alone and hungry, when child killers Myra Hindley and Ian Brady came upon the youngster one afternoon in 1963, and offered him bread and jam, he didn’t think twice about going with them.

“I followed them all the way to this house in Gorton,” he told The Irish Post. "All I was thinking was that I wanted the bread, and was happy to be getting it.

“It was Hindley who enticed me, to what I now know is her grandmother’s house, where she lived, and Brady followed a short distance behind us,” he added.

“It was only when I got in the house and was kept waiting in a room that I felt like something was not right. I had a very real sense that I had to leave and I managed to climb out of a window, when they were both out of the room, and never looked back.”

Two years later, while resident in a Manchester children’s home, Tommy recognised the two people who made the news when arrested in 1965. 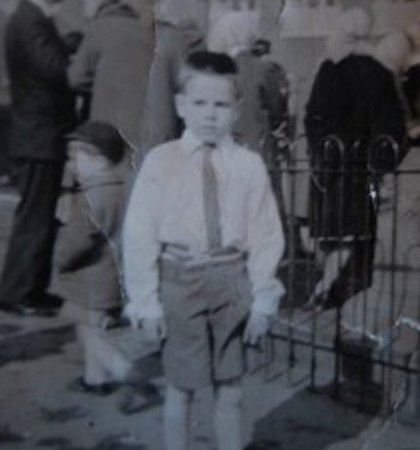 Tommy as a boy in Manchester.

Between the years of 1963 and 1965 Hindley and Brady killed five children, aged between 10 and 17, in the Greater Manchester area, burying at least three of their bodies in graves dug in Saddleworth Moor. Two bodies have yet to be found.

Both were convicted of the murders in 1966 and sentenced to life imprisonment.

But while Hindley died in incarceration in 2002, Brady – who was declared criminally insane in 1985 – remains confined to the high-security Ashworth Hospital.

But it was only as the years went on that Tommy would truly understand the evil he had managed to escape.

“It was 15 years ago when I first mentioned my encounter to some friends and you could hear a pin drop,” he explained.

“Someone suggested I write Brady a letter and I ended up doing it.”

Tommy penned a note to the murderer – recalling his encounter with the pair – and was surprised to receive a response, which he was unable to read for a number of years.

“I suppose I wrote to Brady wanting him to acknowledge what had happened,” he explains, “but I couldn’t believe it when I got a letter back.

“I was frightened by it to be honest. I couldn’t open it, so I put it away for a couple of years.”

When he did open it Tommy found Brady refusing to admit he had come across him as a youngster, but also willing to “goad” him.

“I was appalled by his letter,” he said.

“It was eerie to have anything written by that man, so I have actually only ever held it properly once or twice, but while he denied everything he also wrote ‘in all the places we have travelled and people we have met not one of them have noticed that we are ordinary people and not dripping in blood’.

“That got to me," Tommy admits, "to me that was goading, he was saying that’s how easy it was to get you lot.”

Tommy only looked at that letter again when he began to write a book about his experience.

“I was never going to write a book about this,” he claims, “but people have mentioned it to me and I realised over the years it was something that was upsetting for me.

“I’ve finished it now and that’s a good feeling, but it doesn’t change anything that happened then or since.” 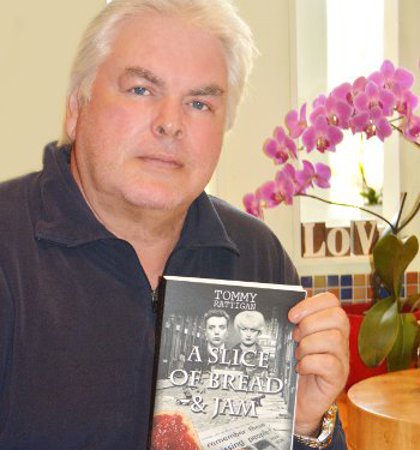 Tommy Rattigan is finally able to tell his story

While he is now a happily married father-of-four, who splits his time between London and Manchester, with regular visits to Ireland, Tommy’s youth went on to include more trauma.

He was abused as a resident of Manchester’s children’s care home system, but he is proud to be a “survivor” of those institutions and of Brady and Hindley.

“I have spoken to numerous people while working on this book who claim they too were approached by Brady and Hindley and it’s a strange club to be a part of,” the author, who turns 60 next month, admits.

“But the fact that I actually went with them, followed them to this house, is what haunts me the most,” he added.

“I truly believe that I would have been their second victim if I had not have left that house. But the saddest thing for me, particularly while writing this book, was that I am here doing it, and yet I might not have been, and that the victims are not here.

"I went on to live a life and those victims did not – that upsets me.”

Tommy Rattigan’s A Slice of Bread and Jam is available now from Mirror Books.