A NUMBER of MPs are calling for a self-confessed IRA bomb maker to be extradited to Britain to face questioning by police.

They spoke out after Michael Christopher Hayes, 69, broke decades of silence to admit constructing the bombs that killed 21 people in two Birmingham pubs in 1974.

The atrocity led to one of the worst miscarriages of justice in British history when six men known as the Birmingham Six were wrongly convicted for the crime and imprisoned for almost two decades.

He said he accepts "collective responsibility" for all of the group's actions in the Birmingham pub bombings.

The Labour MP for Birmingham Perry Barr, Khalid Mahmood, said the families of the victims continue to "suffer".

“We should ask him to be brought here and to be questioned properly,” Mr Mahmood told the BBC’s Sunday Politics.

"If this happened anywhere else in the world, they'd leave no stone unturned to deal with this, but here we are forgetting about all the citizens of Birmingham that lost their lives.”

Mr Mahmood said an application should be made to the Irish Government to bring Hayes over for questioning.

Hayes told the BBC last week that he defused a third bomb on that fateful night 43 years ago. 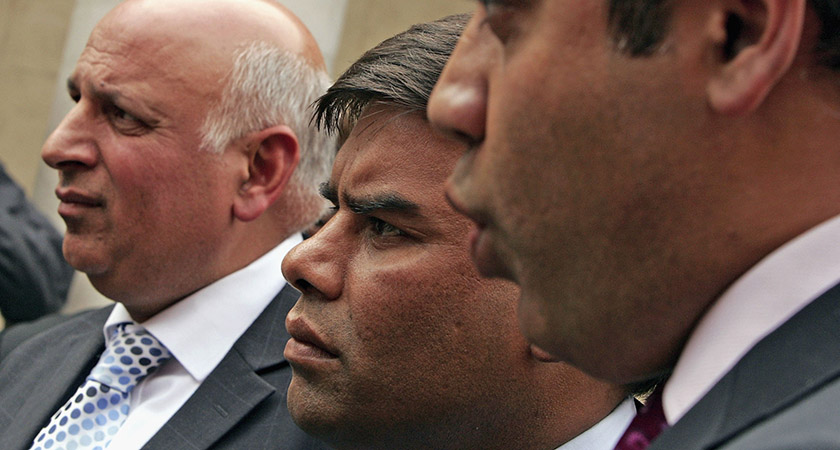 The 69-year-old – who now lives in a terraced house in south Dublin – refused to say if he planted the gelignite bombs himself.

When asked directly if he had, Hayes replied: “I’m not telling you”.

Jess Phillips, the Labour MP for Birmingham Yardley, also backed the calls, saying she would be pushing the Prime Minister to have Mr Hayes extradited.

"If he's going to make these claims he should be called in to questioned in by the police,” she said.

"Otherwise it's as if he's speaking with impunity and the people who died it doesn't matter and there's no investigations into their deaths."

Birmingham's Lord Digby Jones said: "I'm left with the feeling that if this was happening in one or two other cities in Britain there would be an enormous call for all this.

"I just think he is innocent until proven guilty... but clearly that guy has questions to answer.

"I think it is incumbent for us as a society to say to that man now, you have said this to camera. Come and justify yourself and help us."

West Midlands Police said last week that its investigation remains open and it would respond to any new significant information to bring those responsible to justice.