A NEW York City Irish bar is set to mark the 40th anniversary of the ill-fated hunger strikes led by Bobby Sands.

The Wild Goose pub in Woodside, New York City, are well-known for their involvement in bringing a slice of Ireland to Irish-Americans, Irish immigrants and those who simply enjoy the craic, often hosting GAA events and live Irish music-- but their newest upcoming event is a rather sombre one.

This Friday, 20 August, the Wild Goose Irish bar will host a commemorative event marking the 40th anniversary of the end of the hunger strikes in Long Kesh prison during 'the Troubles' in Northern Ireland.

The tragic strikes took place during internment in Northern Ireland, where anyone suspected of being involved in paramilitary activities-- such as the IRA-- could be imprisoned without trial.

Led by Provisional IRA member Bobby Sands, 23 men took part in hunger strikes in an attempt to be treated as prisoners of war; ten died from starvation, including Sands, who died on the 66th day of his strike, shortly after being elected an MP. 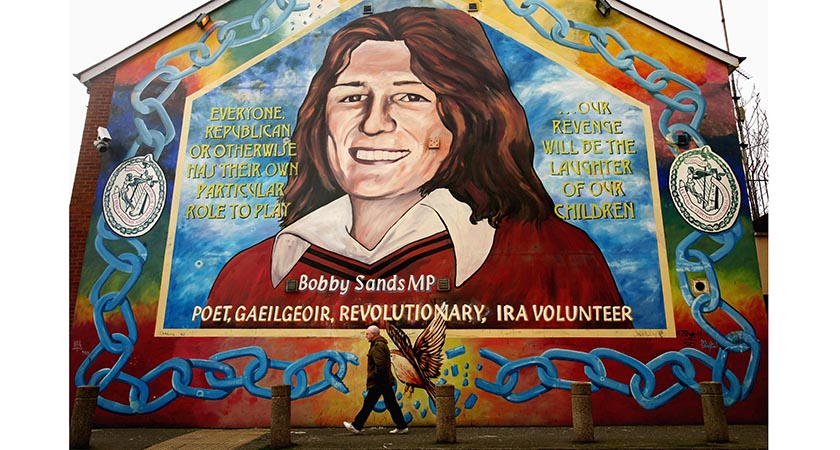 The Wild Goose's commemoration event will include guest speaker Martin Galvin, the former Noraid Director of Publicity and current Chair of the AOH National Freedom for All Ireland.

It will also include a night of live music from "Tryone's most famous rebel band" The Irish Brigade, who will perform "many of the iconic songs of the Hunger Strike".

Advertising the event on social media, a spokesperon for The Wild Goose wrote:

"August 20th 2021 marked 40 years since the 1981 hunger strike in Long Kesh prison came to its tragic and heroic conclusion.

"The Irish prisoners of war’s courageous actions, indomitable spirit, and steadfast refusal to accept British Thatchers (sic) criminalization policy is proudly remembered by Ireland and her allies the world over."

ON THIS DAY: Ellis Island closed its doors in 1954