A CORK PRIEST has hit out against parents who choose to have non-believers as the Godparents of their children.

Tomas Walsh, Parish Priest in Gurranabraher, thinks that it’s wrong for individuals without faith to take part in religious ceremonies - such as baptisms.

He described it as “barefaced lying in the face of God.”

Speaking to The Echo, Walsh said he believed that non-believers were showing “disrespect” by taking part in Catholic ceremonies including baptisms, weddings and funerals was becoming a “big problem”.

“[What is] outrageous is the presence of Godparents who believe nothing themselves and are permitted to make promises to God that they will oversee the faith formation of the God-child,” he said.

Fr. Walsh went on to say that he had problems with faithless couples who come to him looking to get married in a church, mentioning that he would often try and assess the couple to see how religious they actually were, but admitted that too often, people ‘gave the right answers’.

“There are a number of alternatives nowadays for getting married. A church is not the only option and I always stress this to anyone thinking of getting married in a church. It is a charade if you do not have faith themselves,” he said. 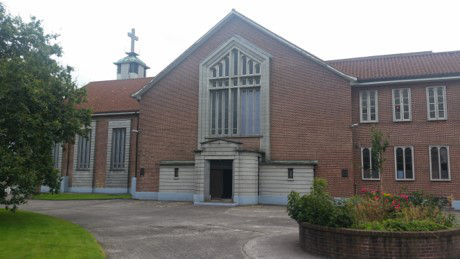 The Cork priest also mentioned that he took issue with non-believing individuals, who attend weddings, funerals and baptisms, who “don’t even pretend to have faith” and are “just there for the party in the hotel afterwards.”

He also spoke about how political correctness is preventing him from holding regular services in his church in Cork, because it’s deemed inappropriate to call out parents who allow their children to disrupt church proceedings.

“It is becoming increasingly impossible to conduct baptism ceremonies with children running wildly around the church - and adults obviously only present for the celebrations afterwards, not caring about the disturbance they or their children are causing," he stressed.

“This is happening in every church in the country but ‘political correctness’ forbids one from speaking out.”