THE words ‘national treasure’ have been used a lot since the death of Sir Terry Wogan on Sunday, January 31, but after five decades making the nation smile, it’s a title the Limerick man deserves.

A statement released confirmed the sad news last week. It said the 77-year-old had fought a “short but brave battle with cancer”, passing away surrounded by his family.

Wogan’s illness struck suddenly, and he kept the cancer a secret from all but his family and the Irish priest Father Brian D’Arcy.

Despite being raised Catholic and having a strict education in a Jesuit School in Dublin, Wogan was an atheist. His close friend Father D’Arcy was with Sir Terry a few days before he died, describing it as a desperately sad scene, but adding he was grateful that Wogan hadn’t suffered a long, lingering illness.

A devoted husband and father, Wogan leaves behind his wife Helen, who he has been married to since 1965, and their three children Alan, Mark and Katherine. He and his wife Helen endured heartbreak when their first daughter died at three weeks of age while the couple were still living in Ireland.

In November 2015, Wogan pulled out of presenting the BBC’s Children in Need, the charity marathon event he hosted every year since 1980, citing health problems. 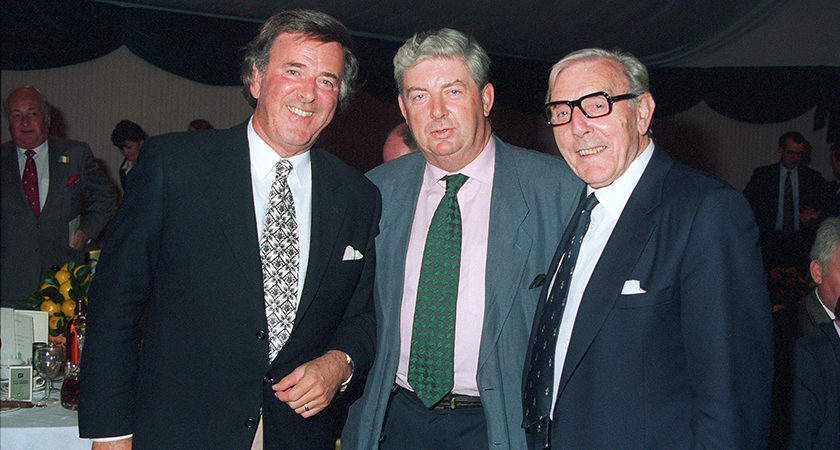 Born in Limerick on August 3, 1938, Terry Wogan had a strict Catholic upbringing but later renounced his faith. He spent the best part of his life in Britain, residing in his home in Taplow, Buckingham-shire for many happy years. Yet he never forgot his Irish roots.

Upon the news of his death, Books of Condolences were opened in his native city.

Councillor Liam Galvin, Mayor of the City and County of Limerick said: “Despite his fame and the fact that he was based in the UK throughout much of his career, Sir Terry often returned home to Limerick and never missed an opportunity on radio or TV to speak about his Limerick roots. The Council honoured him with the title of Freeman of Limerick in 2007, which I know was a title that meant very much to him and his family.”

As well as being a patron for Children in Need, he was a supporter of many Irish charities and causes, including the Ireland Fund of Great Britain.

Wogan never went to university. Instead, he became a broadcaster by simply replying to an advertisement placed by RTÉ in a newspaper. He worked with Ireland’s state broadcaster, before moving to Britain, where over five decades he built a career as one of the country’s best-known faces and most recognised voices.

Wogan’s career path was a golden one, a hugely popular TV and radio host and an avuncular character; at his peak he attracted eight million listeners a day (who he affectionately referred to as ‘TOGs’ Terry’s Old Geezers or Terry’s Old Gals) on his BBC Radio 2 breakfast show, Wake Up With Wogan. Yet, as many of his ex-colleagues have recounted since his death, he had a delightfully laid-back attitude to preparation. 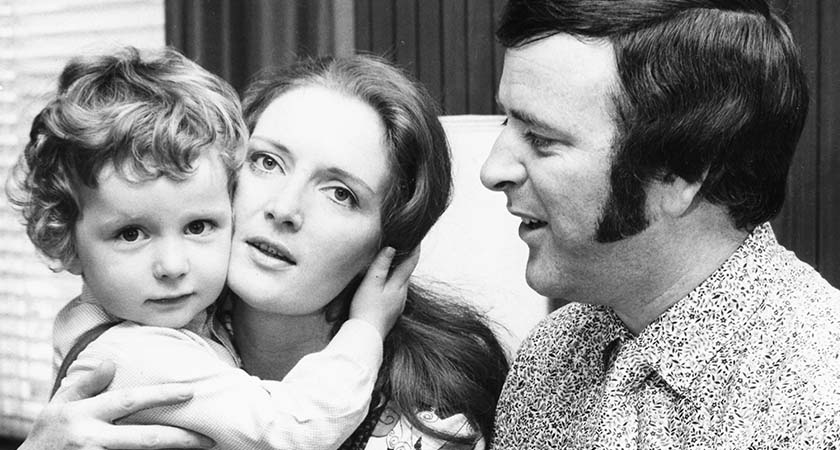 Fellow Irish presenter Gloria Hunniford credits Wogan with kick-starting her career. She told the BBC that when she would diligently show up for work early, Wogan would berate her saying “For goodness sake, what are you doing all this study for, just push the button and go on air”.

Of course, as well as having the gift of the gab and a voice made for radio, Wogan was himself a consummate professional. As a chat show host he demonstrated his talent as an interviewer. His sharp exchange with David Icke is now legendary.

His commentary on the Eurovision Song Contest from 1973 right up to 2008, is one of the things Sir Terry became most loved for. Eurovision gave him the opportunity to show off his sardonic side, to send up the absurdity of the contest, and audiences loved him for it.

He was given a knighthood in 2005, announced his retirement from his breakfast show in September 2009 and published a number of books starting with Banjaxed in 1979 up to his last, Those Were The Days, in 2015.

Yet it was Children in Need that was closest to his heart. Last year, cancer struck and he was too ill to host the marathon seven-hour live TV event, so Dermot O’Leary stepped in to fill his shoes.

Wogan was a private man, he kept his illness to himself to the very end, and so his death has come as something of a shock to the public. His sudden passing makes the words he spoke in his final radio sign off seem even more poignant now.

It’s always been a sense of enormous pride to me that you’ve come together in my name, and called yourselves my listeners. That you think of me as a friend, someone that you’re close enough to laugh with, to poke fun at, and occasionally, when the world seemed just a little too cruel, to shed a tear with. The years together with you have not only been a pleasure, but a privilege. When you tell me how important I’ve been in your lives, it’s very moving. You’ve been every bit as important in mine.”

Wogan, acknowledged by the public and his peers as one of greatest broadcasters of our age, concluded simply by saying:  “I’m going to miss you… thank you. Thank you for being my friend.”