THE OFFENCE of Blasphemy has been official removed from the Irish constitution.

Ireland voted to repeal the reference to blasphemy in the Constitution by a huge majority in a referendum held back in October 2018.

65 percent of the population, and every constituency, voted to pass the referendum, with 35% against.

It was first time each constituency has voted in favour of a referendum question since the vote to establish the Court of Appeal in 2013.

The legislation was commenced from today.

Commenting on the change, Justice Minister Charlie Flanagan said the “very notion of criminalising blasphemy, with the risk of a chilling effect on free expression and public debate, has no place in the Constitution or the laws of a modern Republic.”

“Ireland is a country of increasing diversity,” he added.

“The right to express differing viewpoints in a forthright and critical manner is a right to be cherished and upheld.”

Mr Flanagan confirmed that the legislation removes “all identified references to blasphemy” in Irish law – defined as “the publication or utterance of blasphemous matter, defamatory of any religion” - and also relates to the censorship of films released in Ireland.

Mr Flanagan was keen to “emphasise that these changes are not an attack on religious beliefs” and are not “intended to privilege one set of values over another.” 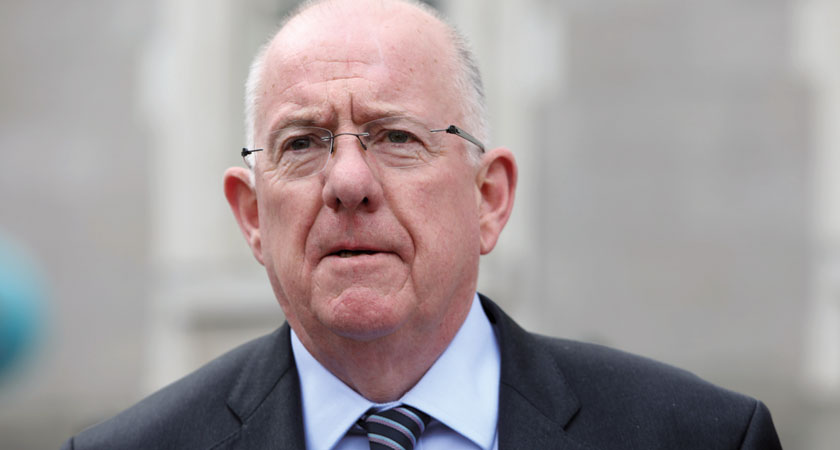 Though the law was largely overlooked, Mr Flanagan explained the new legislation is an “acknowledgement that the meaning of the concept of blasphemy is unclear in a modern State and that the concept is rooted in a distant past where fealty to the State was conflated with fealty to a particular religion.”

He also noted that while it “may seem abstract” to devote time to removing an offence not “prosecuted in practice” he said certain countries hand down severe penalties for it and use the law as justification for the persecution of dissidents.

In these instances, Mr Flanagan argued these countries have used the example of Ireland’s blasphemy laws as justification for their actions, describing it as a “very disturbing reality”.

Executive Director Liam Herrick hailed the change as an important day for freedom of expression.

“It is very positive news that we see from the Government today that they are implementing the result of the Referendum on Blasphemy,” he said.

“We are now seeing a landmark on the road towards free speech and against censorship in Ireland.”

The Irish Council for Civil Liberties also welcomed the new legislation as a “wonderful leap forward” for human rights in Ireland.