SEAN HILLEN'S collages have an enduring popular and intellectual appeal.

The Newry-born artist is deemed one of the most significant of his generation, with his early work - photographs and collages from the Troubles era in the North of Ireland - garnering him instant notoriety and popularity across Britain and Ireland. 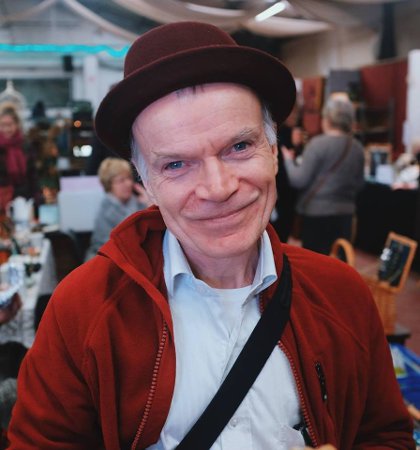 Those works are currently on display in an online exhibition entitled The Easter Uprising 1916 in 2016 which is open until May 21.

This week the artist told The Irish Post a little about the works on show.

“In the case of the earlier work, I suppose I was very lucky, in that I had the motivation to make the montages, the material in the photographs I'd been taking, and that the medium lends itself perfectly to dialectic and political satire, which is what they are at first sight,” he explained.

“Most all of my works have been ‘traditional’ scalpel-and-glue photomontages. The oldest ones were made between 1983 and ’93, were always based on one of my own documentary photographs made in Northern Ireland, and were somehow related to and to an extent engaged in, the northern conflict.”

He added: “I was born and grew up in Newry, a small but sometimes busy town just on the northern side of the Irish Border. Situated just at the head of the picturesque lough in the ‘Gt. Pyramids’ picture, it has experienced more than enough of the ‘Troubles’. In 1982 I went to study and live in London, irregularly traveling backwards and forwards and taking the photographs for the works. I studied at the London College of Printing, a ‘media’ school, and then at the Slade School of Fine Art.”