THE PARENTS of Liverpool toddler Alfie Evans have lost the latest round of their legal battle as they bid to bring their son to Italy for treatment.

Tom Evans and Kate James had appealed to the Supreme Court to overturn a decision by the Court of Appeal upholding Alder Hey Hospital’s plan to withdraw the 23-month-old’s life support.

However the Supreme Court has refused to permit an appeal of the latest ruling. 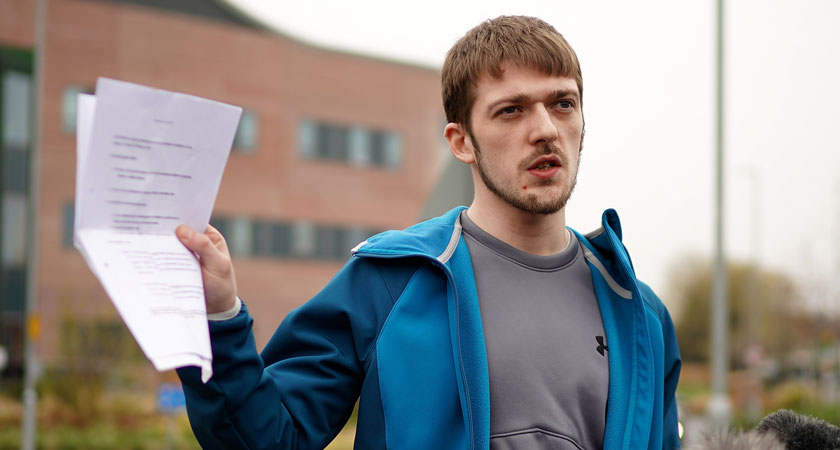 Alfie Evans' father Tom outside Alder Hey Hospital last week ahead of their appeal to the Court of Appeal (Image: Getty)

Outlining their decision, the Supreme Court justices said the situation was ‘desperately sad’ for all involved but that they had to ‘face facts’.

“Alfie looks like a normal baby,” they said, “but the unanimous decision of doctors who have examined him and the scans of his brain is that almost all of his brain is destroyed.”

They added: “It means that Alfie cannot breathe, or eat, or drink without sophisticated medical treatment. It also means that there is no hope of his ever getting better.”

However Alfie’s father Tom, who this week met with Pope Francis to ask him to intervene, vowed to fight the ‘cruel bureaucracy’.

In a statement issued through Christian Concern, he said: “Like all Alfie’s family, I am very disappointed by the new decision of the Supreme Court which justifies Alfie’s imprisonment in Alder Hey Hospital, and refuses to let him go to Rome on the invitation of the Pope.”

He added: “This is not justice. This is a cruel bureaucracy.

Pope Francis @Pontifex meeting Alfie’s father, Tom Evans, today in Rome. There’s a man who would go to the ends of the Earth for his son. @Alfiesarmy16 #prayforalfie pic.twitter.com/qqdgK1EPRx

“We have instructed our lawyers to submit an urgent application to the European Court of Human Rights, and they have done so today.

“We will not give up. We will continue to fight, by all means available to us within the law, to save our son’s life.”

Alfie’s parents have been fighting to have their son released to hospitals in either Italy or Germany, who have agreed to provide a second opinion and continue treatment.

Parents of Alfie Evans ask for privacy during toddler’s funeral