THE parents of a former Royal Marine who constructed bombs for dissident republicans have said they were left in “deep shock” by his actions.

Ciarán Maxwell, originally from Larne in Co. Antrim, was jailed for 18 years over a number of terrorism, fraud and drug related offences last month.

The judge said the “dangerous” Irishman threatened the political stability of Northern Ireland was motivated by a hostility to Britain.

He said Maxwell, 31, had betrayed his position in the British armed forces by making explosives for the Dissident IRA.

Maxwell had been living in Exminster in Devon prior to his arrest and was deployed with 40 Commando in Taunton, Somerset.

He had never served in Northern Ireland.

Speaking to UTV’s Up Close programme, the former soldier’s parents Teresa and John condemned the actions of their son.

They said: “We utterly condemn what Ciarán has done. We are in deep shock and cannot comprehend it.

“We have only known Ciarán as a loving son and a loving father who had a very bright future ahead of him. 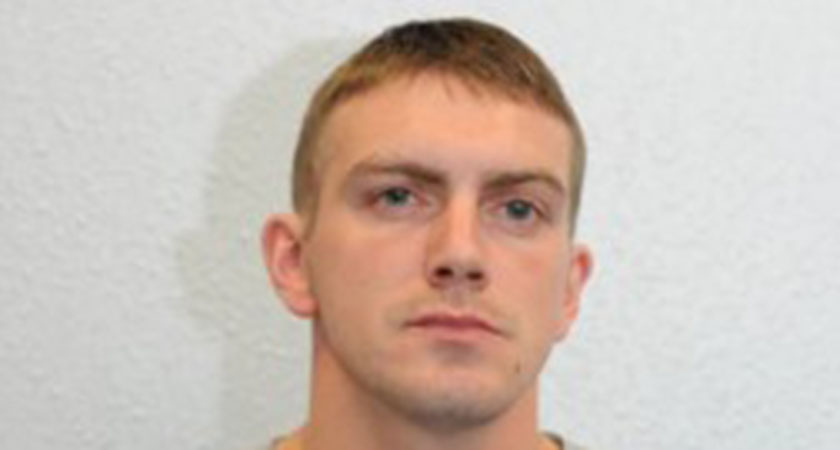 Maxwell's parents said they were "completely in the dark" about his terrorist sympathies. (Picture: Met Police)

"This makes what he did so difficult to understand.”

They said that they fully supported Maxwell’s decision to join the Royal Marines and were “so proud” of him when he achieved it.

The couple added: "From an early age Ciarán was taught the difference between right and wrong and he crossed the line.

“The extent of his criminality is devastating and horrifying.

"We were completely in the dark about what Ciarán was doing and still ask ourselves why.

"Ciarán is our son but he is responsible for his own actions and he has been held accountable.”

In Maxwell’s trial at Crown Court, it was revealed that he had a stash of explosives in 12 purpose-built hides in England and Northern Ireland.

In one of the hides, the Irishman placed a modified booby-trapped torch which, when armed, would explode if turned on.

The disgraced Marine had enough material in his possession to build another 19 bombs and enough high explosive material to build a much larger 'significant' bomb.