HISTORY will be made at the Tokyo Olympics this summer as a trans athlete will be competing for the first time.

The super-heavyweight has been eligible to compete in he Olympics since 2015, when the IOC changed their guidelines to allow transgender athletes to compete as women providing their testosterone levels are below a certain level 12 months before competing.

It emerged recently that Hubbard's fellow female weightlifters are being told to keep quiet when complaining about her inclusion, and Tracey Lambrechs, a former weightlifter who competed for New Zealand, said that letting Hubbard compete is unfair on other women.

"I'm quite disappointed for the female athlete who lost out on that spot ... we're all about equality for women in sport, but right now that equality is being taken away from us," she said.

"I've had female weightlifters come up to me and say 'what do we do? This isn't fair, what do we do?' Unfortunately, there's nothing we can do because every time we voice it we get told to be quiet." 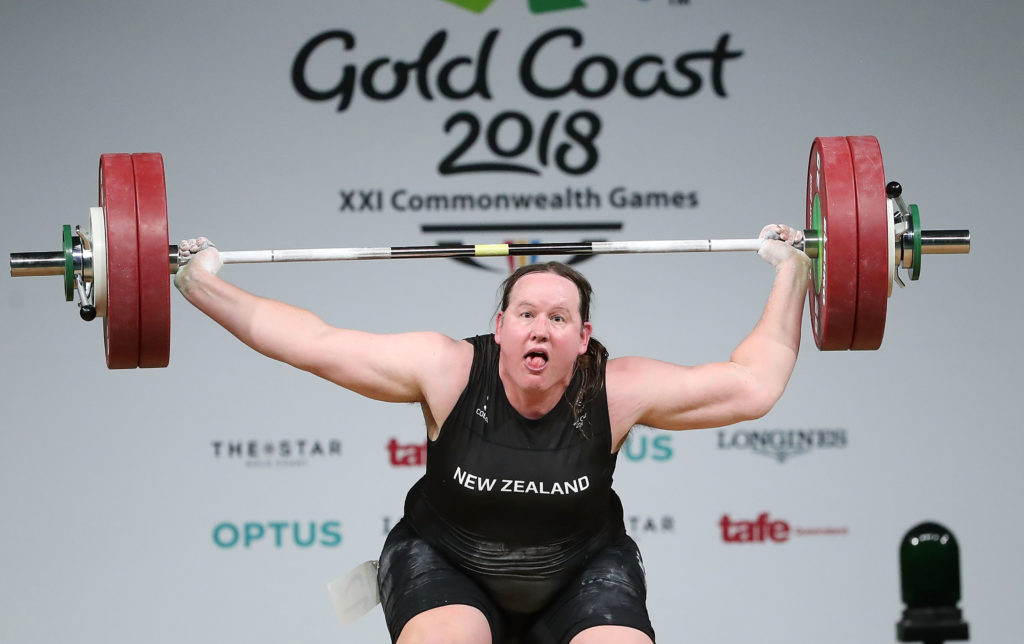 GOLD COAST, AUSTRALIA - APRIL 09: Laurel Hubbard of New Zealand competes in the Women's +90kg Final during the Weightlifting on day five of the Gold Coast 2018 Commonwealth Games at Carrara Sports and Leisure Centre on April 9, 2018 on the Gold Coast, Australia. (Photo by Scott Barbour/Getty Images)

Last week, Caitlyn Jenner - who transitioned to a woman following a successful career as a male Olympic athlete - said that biological boys should not be allowed to compete in girls sports at school, due to the many physical advantages they have.

"This is a question of fairness, that's why I oppose biological boys who are trans competing in girls sports in school. It just isn't fair, and we have to protect girls sports in our schools," Jenner said during a recent interview with TMZ.

But American comic Sarah Silverman took issue with Jenner's words during her podcast over the weekend, even accusing the 71-year-old of transphobia (despite the fact she's trans herself).

Wow. You’re accusing a trans woman of being transphobic, because she stated the bleeding obvious & wants fairness for girls?
This is peak woke insanity. https://t.co/merHSimnHz

"What about tall girls as opposed to short girls? What about boys in high school who are teeny tiny and their teammates have already hit puberty and are shaving?

"This is not a concern for girl's sports, it's transphobia, full stop."

Sharing a clip of Silverman's podcast, Morgan wrote: "Wow. You're accusing a trans woman of being transphobic, because she stated the bleeding obvious & wants fairness for girls? This is peak woke insanity."