OUTDOORS IS the theme for the summer, but that doesn't mean we need to miss out on some of Ireland's most iconic spaces.

Dublin County Council will soon be discussing plans to transform Dublin city's Temple Bar area into a massive outdoor space with room for 3,000 customers to enjoy food and a pint on the famed cobbled streets, after a similar proposal last year was quashed.

According to The Irish Times, plans drafted by The Temple Bar Company will be put forward to the city council shortly proposing that pedestrian squares, loading bays and some footpaths should be transformed to accommodate outdoor dining and drinking when part of the hospitality sector returns next month.

Fleet Street could see 820 seats erected outdoors, with 548 seats planned for Parliament Street, 482 for Essex Street East, 400 for Meeting House Square and 296 for Temple Bar Square, with up to 140 businesses in the area able to avail of the outdoor seating. 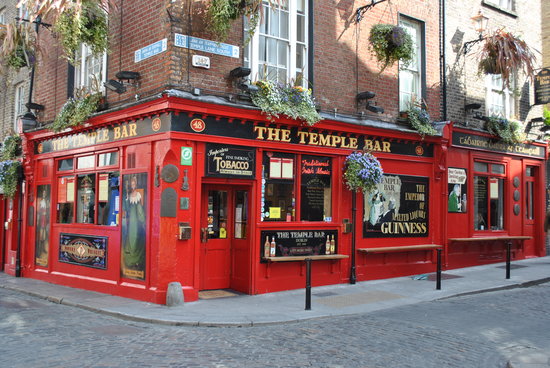 Dublin City Council told the outlet they are aware of the plans being brought forward and said they "welcome this initiative ... and look forward to reviewing the documentation".

The council will take into account the safety of customers and passers-by, any concerns from local residents and emergency access before they make their decision, they added.

In December last year the council refused permission for outdoor dining in parts of Temple Bar, however the outlook looks far more positive this time around, with Eamon Ryan of the Green Party stating the proposal "makes sense".

The decision will be made in the coming weeks after the Temple Bar Company submit the plans to Dublin City Council.