The former pontiff’s comments come despite his successor, Pope Francis, recently revealing he was looking at relaxing the Catholic Church’s ban on ordaining married men.

Benedict reaffirmed his beliefs in a book co-authored with Guinean Cardinal Robert Sarah.

In the book titled From the Depths of Our Hearts: Priesthood, Celibacy and the Crisis of the Catholic Church, the former Catholic leader argued that marriage requires a man to give himself totally to his family – something which would compromise his dedication to God.

He said: “Since serving the Lord likewise requires the total gift of a man, it does not seem possible to carry on the two vocations simultaneously.

“Thus, the ability to renounce marriage so as to place oneself totally at the Lord’s disposition became a criterion for priestly ministry.”

Pope Francis has been weighing up a change to the rules in the wake of a notable shortage of priests in the Amazon, which has negatively impacted the number of Masses held in the region. 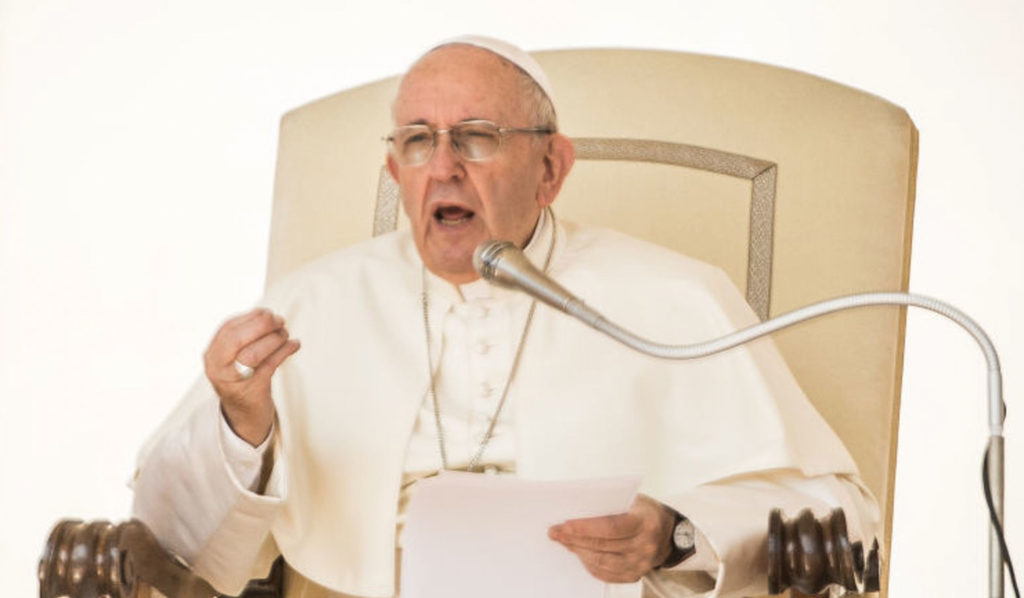 Benedict’s comments come despite his previous pledge of obedience to the new pope.

Upon retiring in 2013, he promised to remain “hidden from the world”.

His reaffirmation of the Catholic Church’s policy of priestly celibacy has sparked controversy and could be viewed by some as an attempt to sway Pope Francis away from changing the policy.

It’s not the first time Benedict has courted controversy since stepping down as Pope.

Last year he penned an essay claiming that the sexual abuse scandal that had engulfed the Catholic Church was a result of the sexual revolution of the 1960s.