Pope Francis in Ireland: Thousands of Gardaí to be deployed over the weekend as security fears remain high

SOME 2,500 Gardaí are set to be on duty this weekend for Pope Francis' much-anticipated visit to Ireland.

Over 700 officers are expect to attend the Pontiff's Mass in Phoenix Park on Sunday alone, with almost 500,000 members of the public expected to show up.

Elsewhere, there will be 'spotters' at Croke Park during the Festival of Families event on Saturday to stop suspected terrorists and troublemakers.

Officers from the Dublin North Central Garda Division met with 10 protest groups on Tuesday who intend to hold 'Say Nope to the Pope' demonstrations over the weekend, including victims of clerical abuse.

The Pope’s personal security team has also visited Dublin in the last fortnight to examine security procedures put in place by the Gardaí.

It comes after three senior members of An Garda Síochána held a private meeting with Pope Francis at the Vatican last weekend to discuss their security plans.

The Emergency Response Unit, Armed Support Unit, armed detectives and community Gardaí will all be involved in the operations. 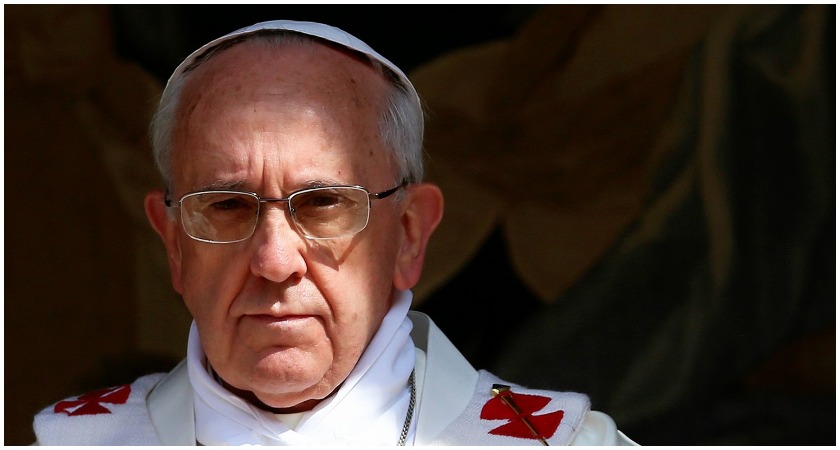 Hundreds of thousands of people are expected to attend Papal events this weekend (Image: Getty)

Outside of the Holy Father's events in Dublin and Co. Mayo, security procedures will also be in place on the streets of the capital on Saturday as 100,000 people head out to witness the Popemobile make its way to Dublin Castle.

Garda Assistant Commissioner Pat Leahy said: "It’s probably one of the top two events I’ve been involved with in the city in my 36 years — the Queen’s visit is probably number one because of the security context around that but this is certainly number two.

"A lot of preparation has gone into the security surrounding the visit and more meetings will be held over the next few days to finalise arrangements before the Pope arrives."

Despite the increased Garda presence, Assistant Commissioner Leahy stressed that the city will not be in lockdown.

He urged motorists to check online if unaware of the road closures and traffic restrictions which will be in place.

"But when we pull half a million people into that zone it’ll become unsafe to put traffic into that mix," he said.

Assistant Commissioner Leahy added that the threat level remains “moderate” for the Papal visit, while the security budget is expected to rise from its current total of around €5million.

He also said selfie sticks should be left at home "if at all possible", as if everybody brought one "they would be quite uncomfortable" for those in attendance.

"Treat it as if you were going up the side of Croagh Patrick. We are saying prepare for a long day because it is a pilgrimage that people are going on - you're going to Mass with 500,000 people and the Pope is saying Mass," he said.

"Be very efficient in what you pack, a nice small bag is what we would prefer."