TIME magazine has named Pope Francis its Person of the Year for 2013.

The esteemed magazine's December issue annually honours who they believe is the most influential figure of the year. This year they have bestowed that honour on the Roman Catholic Church leader.

Pope Francis was chosen ahead of Edward Snowden, Edith Windsor, Bashar Assad and Ted Cruz who were all shortlisted.

The magazine wrote that during his nine months in office, the Pope had “placed himself at the very centre of the central conversations of our time: about wealth and poverty, fairness and justice, transparency, modernity, globalisation, the role of women, the nature of marriage, the temptations of power.

"Rarely has a new player on the world stage captured so much attention so quickly - young and old, faithful and cynical," Time added

Last year’s winner was US President Barack Obama, who had also previously won in 2008. Pakistani activist Malala Yousafzai was named as the runner-up. 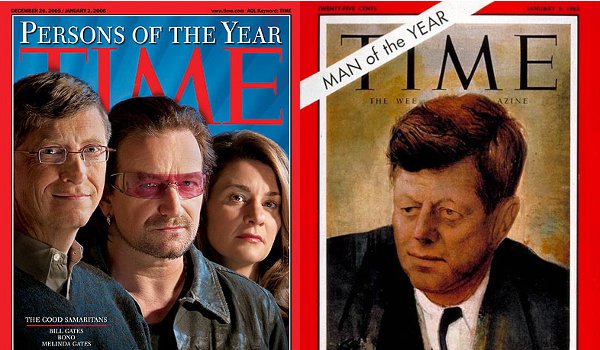 In 2005 Bono won the coveted title, along with Bill and Melinda Gates. ‘The Good Samaritans’ were named the magazine’s Persons of the Year for their global mission to end poverty and disease.

The U2 frontman was credited by the magazine for his charitable work: “Bono charmed and bullied and morally blackmailed the leaders of the world's richest countries into forgiving $40bn in debt owed by the poorest.”

Almost 40 years prior to this, then President John F Kennedy received the accolade as the most influential figure of the year.

Kennedy – one of the most well-known members of the Irish Diaspora - was named Person of the Year by the magazine in 1962.

Throughout the years other winners have included: Mahatma Gandi, Adolf Hitler, Bill Clinton and Mark Zuckerberg.

The best photographs of the Irish in Britain in 2013